After reading the rule changes announced yesterday, I wonder if it's time for the NHL and NHLPA to consider a new way of managing player personnel by considering a new ways to buyout players: "player-elected buyouts" and "player-reimbursed buyouts."

Earlier this off-season, I was intrigued by the Toronto Maple Leafs signing of Petri Kontiola. In paritcular, I was fascinated with the terms of Kontiola's release from the KHL: in order to sign with the Leafs, Kontiola himself had to buyout the balance of his contract with Chelyabinsk Traktor. I wonder if other teams have considered implementing a similar buyout model.

Having a player pay his way into free agency could resolve a number of issues faced by middling-to-poor NHL franchises. For instance, imagine if a team had the option to file for reimbursement from a player who demands a trade? Teams would likely prefer getting the prospects, picks, and players from a conventional trade, but if that player fails to attract suitors, cash might be the next best thing. As for players, the idea of having to pay their way out of town might pressure deserters into expanding their lists of acceptable destinations.

Pressuring players to accept deals to more teams could have helped last year. According to reports in February, Martin St. Louis would only waive his NMC for the New York Rangers. At the outset of the off-season, there were reports that Ryan Kesler would only waive his NTC for three teams. Meanwhile, former Sens captain Jason Spezza exercised his modified NMC to nix a trade with the Predators. Surely at least one GM involved would've seriously  considered a "player-reimbursed buyout" if he had that option.

Imagine how the Ilya Kovulchuk retirement fiasco could've worked out if the self-buyout option were available. Instead of having this nonsense involving a player retiring from one league to join another, the Devils would be reimbursed for their commitment to a defector, and Kovulchuk would be free to return to the NHL whenever he wanted. Instead, Kovulchuk is essentially exiled from the NHL until 2018, and the Devils lost a star player for nothing. 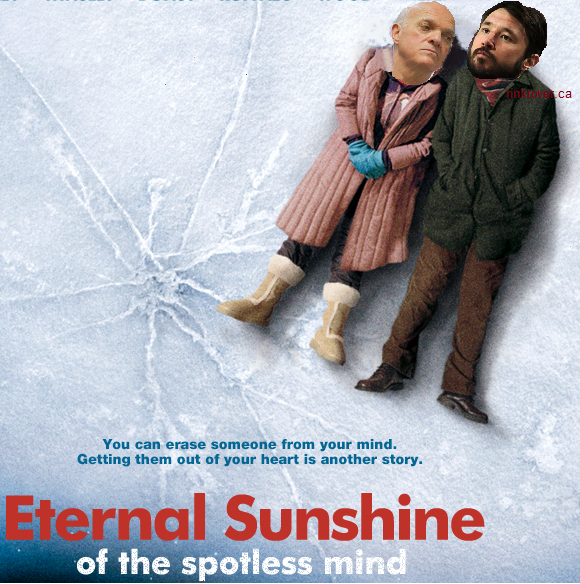 Since the move inspired this pic, I guess it wasn't a total loss.

Why can't a player (e.g. Roberto Luongo) whose "contract sucks" dig himself out from underneath it by using his checkbook as leverage? Imagine where the Vancouver Canucks would be right now if they recouped cash from the loss of Luongo, retained Cory Schneider, and lived free of goaltending drama last year?

This new rule would also include a self-buyout option that would enable players to take jobs elsewhere in the league while financially compensating their jilted clubs. In some cases, such moves would be mutually beneficial. Yes, there will be free-agent floozies who traipse about the league and flirt with every team, but there have always been those players. I'm looking at you, Jaromir Jagr. 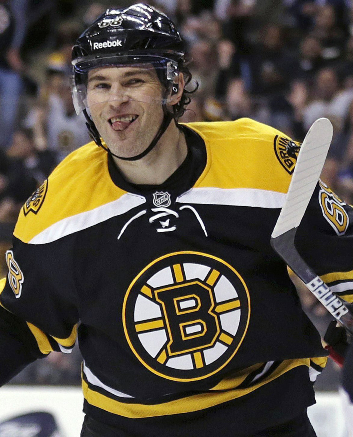 Pictured: the "sign-em-and-leave-em" kind of player

Teams may lament the chaos caused by increased player movement, but fans would love it. For those who aren't interested in advanced stats, this summer was a huge letdown. Last spring, there was talk of an exciting summer ahead: many disappointed clubs wanted to shake up their rosters. However, instead of relishing a few franchise-altering deals this summer, we got the same ho-hum hockey operations. All the interesting moves concluded before July 2, and the usual summer doldrums ensued.

The lack of movement probably stems from teams wanting to make trades but not wanting to pay for them. A conservative approach dictates that it's better to fail by playing it safe than to ruin a team with a poor deal. That conservatism, however, only makes quality players scarce, which raises their value, and thereby makes bold NHL transactions more cost prohibitive. In contrast, increased player mobility would supply the market with enough flashy players to drive prices down and make teams more willing to gamble on their futures.

The conservative approach also guarantees acrimony between players and clubs as the former often have to demand a trade from the latter in order to be moved. Players such as Evander Kane will inevitably become pariahs because they have to force reluctant GMs into action. Since Kevin Cheveldayoff won't take Kane's hints, the budding star will end up having to demand a trade from the Winnipeg Jets. Imagine if he could simply liberate himself by unleashing his credit line. The Jets would prosper from the Kane money; Kane can finally move on from his career; and Cheveldayoff can continue perplexing bloggers with his sustained inactivity.

These new buyout models may not be a foolproof system, but I guarantee that they will make the off-season much more interesting!
Posted by Unknown at 12:05