Alright, let's bring this series home before the regular season begins in October. I can't wait to see how wrong I am come June when the Calgary Flames play the Buffalo Sabres in the Stanley Cup Final!

Good: After many setbacks in Edmonton, Sam Gagner will have a bounce-back season that vindicates his former club for drafting him 6th overall at the 2007 NHL draft.

Bad: In any other division, the Desert Dogs could be a respectable team. But in the NHL's strongest, toughest division, their shallow depth at all positions, iffy goaltending, and lack of high-clabre scorers will lead to many lopsided losses.

Ugly: Divisional rivals will devour this team all season. and Dave Tippett's defensive systems won't be enough to cover up his group's blemishes. Indeed, beating up on this outgunned club will enable the Pacific division to clinch both of the Western Conference's wild-card spots. Expect teams next off-season to describe Arizona as the easiest team to beat.

Good: The Ducks are poised to take a strong run at the Stanley Cup. They have amassed enough depth in their prospect pool to cash in some up-and-comers for some now-and-herers at the trade deadline, when the team stocks up on players that will help them combat their Californian rivals in the playoffs.

Bad: Dany Heatley will not regain his scoring form, forcing the Ducks to look for another winger to play alongside Ryan Getzlaf and Corey Perry on the team's top line. On the bright side, at least the Ducks didn't commit too much of their salary cap to a fading star.

Ugly: Teemu Selanne's scathing tell-all book is only the beginning of Bruce Boudreau's problems this year. His leadership of and direction for the Ducks will be questioned throughout the season. If the Ducks fail to make the Final this year, expect Boudreau to be lumped together with Todd McLellan as coaches whose systems run smoothly in the regular season only to crash in the playoffs.

Good: The Flames will be feisty losers all season long. They won't win enough games to be considered even a potential postseason surprise, but they won't make beating them easy. Fans will love the grit and determination of a team with little postseason upside.

Bad: The Flames will have a season worthy of "Boring Sean Monahan" season (Check out @boringmonahan on twitter). And that outcome's fine as nothing spectacular will or should happen for a team that needs to bottom feed for a few years before resurfacing as a playoff contender.

Ugly: Everyone not named Brian Burke will patiently wait for the roster to develop. Burke, however, will press for some shortsighted trades to improve a roster that should be built to bust. Expect Burke to cause controversy with his attempts to fix a team that is better off being broken for a couple more seasons.

Good: The Oilers will pass the title of "longest active playoff drought" to the Winnipeg Jets this season. (Sorry, Winnipeg, but you need to get a functional GM before you're able to make the playoffs.)

Bad: Edmonton will not get far in the postseason, and they may regret making it at all since they'll be easily dispatched by whichever divisional rival they play against. I predict that they won't last more than 5 games in the first round.

Ugly: There will be many, many moments in which it looks like the Oilers are doomed to miss the playoffs again. They'll secure a spot in the bracket, but their path to the postseason will be paved in humiliating losses, spotty defensive play, and numerous losing streaks.

Good: The Kings will win the Stanley Cup once more and be acclaimed as the first dynasty of the modern NHL.

Bad: Mike Richards will not regain form, and his contract will become a millstone that crushes the club's chances to improve itself through trades and free-agent signings.

Ugly: I stress "once more" in the "Good" as this dynasty's reign will end after their 2015 championship. Cap pressure will contribute to the end of their dominance, but injuries will also play a key role. The modern game is simply too grueling to allow certain players to dominate others year after year.

Good: The Sharks will make the playoffs despite the GM Doug Wilson's efforts to rejig his "tomorrow team." Like Denethor attempting to cremate his still-living son Faramir, Wilson is going to torch a roster that is more than capable of winning the Cup now. 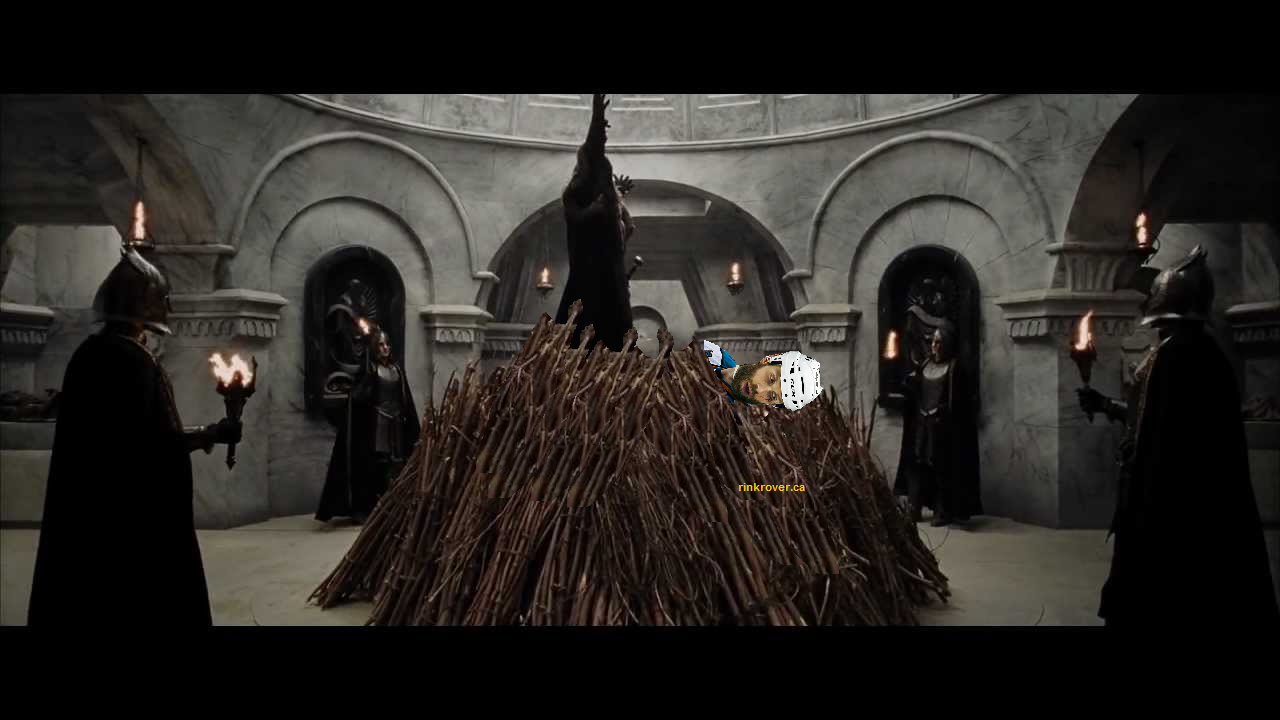 Bad: Bickering between management and players will rage all season long. Expect members of California's sports media to savour the incendiary sound bytes during the civil war between the club's on- and off-ice members. Wilson will make at least one egregiously disadvantageous trade around the 2015 deadline.

Ugly: When the Sharks are eliminated from the postseason, Wilson will lash out on his team like The Governor when he gunned down the Woodbury militia after they questioned his authority. 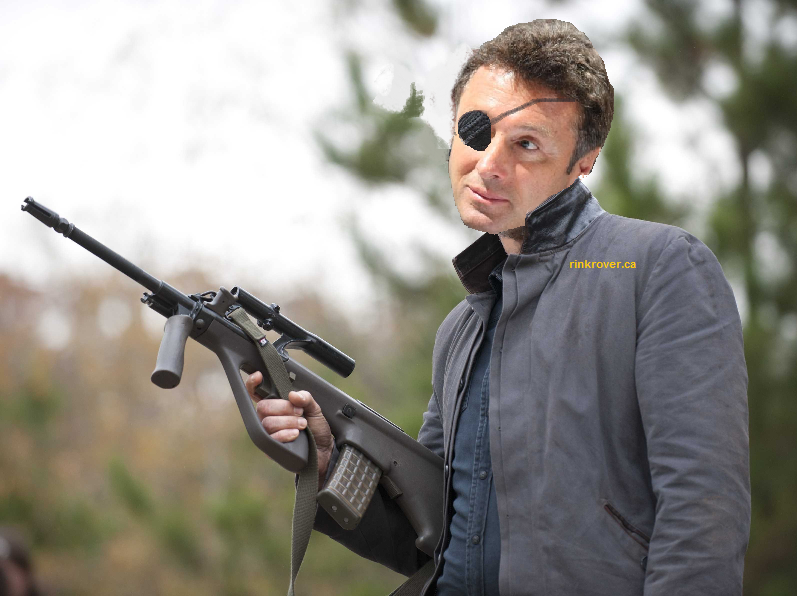 Expect the Sharks in 2015-16 to be in post-apocalyptic disarray.

Good: After John Tortorella's reign of terror, the Canucks will embrace new coach Willie Desjardins as like a bunch of abused puppies rescued from a dog-fighting ring. Expect the team's stars to rebound from a disappointing 2013-14 season.

Bad: The three-goaltender system that the Canucks are considering for this season will only provide fans with more players to revile during tough times. Heavy is the head that wears the goalie mask in Vancouver. Not only will fans run at least one of the three netminders out of town, but the crease at Rogers Centre will be seen as a career killer.

Ugly: As fans rain abuse down on their goalies, expect them to cheer on Cory Schneider and Roberto Luongo when they return to Van-city. The only thing 'Nucks fans enjoy more than winning is the opportunity to salt wounds that they helped to inflict on their team.
Posted by Unknown at 09:53