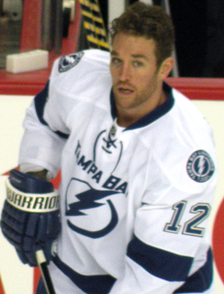 Will current UFA Ryan Malone spend preseason games on the ice or in the courtroom?

Last April, Ryan Malone (formerly of the Tampa Bay Lightning before they bought him out in June) was arrested and charged for allegedly driving under the influence and possessing cocaine.

According to a report by Joe Smith of the Tampa Bay Times, Malone claimed that he does not know how cocaine ended up in his pants. When the arresting officer asked him where the cocaine came from, he responded that he “was shocked.”

Shocked? Can you elaborate on that statement somewhat, Malone? Sure, I get that you may have been too disoriented by the police lights blazing and the arresting officer pressing you for information on the night of the arrest, but time has passed now. You need to qualify that statement.

Are you shocked that friends would prank you by slipping cocaine in your pocket and calling the police? If so, you need to meet people with a more law-abiding sense of humour or less access to cocaine.

Are you shocked that the police didn't arrest the cocaine for allegedly kidnapping a respectable NHL player?

Obviously, these aren’t serious explanations, but they do serve the purpose of highlighting the fact that Malone’s account of himself has left a lot to the imagination.

Based on reviewing public records, Smith's report indicates that Malone did try to elaborate somewhat on the situation at the time. Malone allegedly told the arresting officer that he was “baffled” that cocaine was found in his pants because he had been wearing those same jeans for three days.* If that report is true, then Malone utterly failed to explain himself, but he did succeed in making himself fit drunken-cokehead stereotypes.

Malone might as well have referred to everyone on the scene as “little cock-a-roaches” and then tweeted “The World Is Yours #winning” a bunch of times. 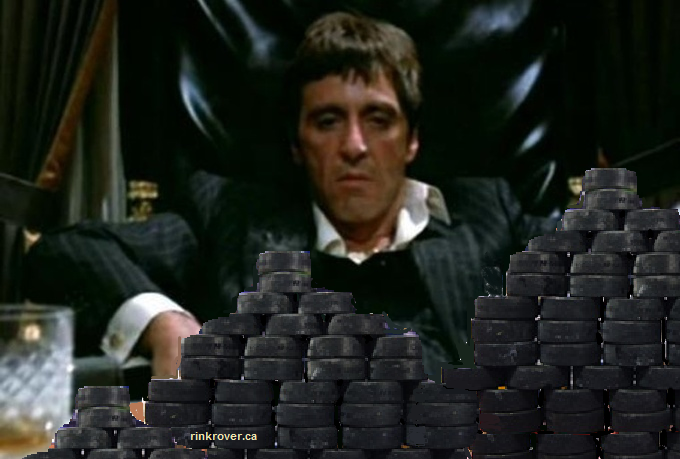 According to the Times article, Malone also allegedly refused a sobriety test when pulled over, but he did later submit to a blood-alcohol test, which he allegedly failed. The defendant hasn’t offered an explanation for the DUI, but we can probably assume that he was shocked to find out that someone had hacked into his bloodstream and uploaded a whole lot of alcohol into it.

Personally, I’m shocked that he doesn’t have a better account for himself.

As a UFA, Malone has a lot of time on his hands right now. He might want to spend it working on a better explanation of his situation because, right now, his “not guilty” plead sounds more like, “I have a lot of money, so let’s make a bargain that prevents me from facing ‘regular people’ justice.”
Posted by Unknown at 12:36