Did you get sick on a recent flight? Were you flying to or from a city that hosts an NHL team? That might not be a mere coincidence: your time glued to the toilet seat may actually have been a brush (well, more precisely, a heave or bowel movement) with fame!

NHL clubs are trying to preserve the health of their rosters lately by sending sick players to road trips separately. Unless the teams have procured flying sickbays, it's safe to assume that the unwell players are traveling with the rest of us--regaling us with sports anecdotes all while passing their undesirable germs on to us. Wtf, NHL, is hockey really a business that's too big to fail sniffle? 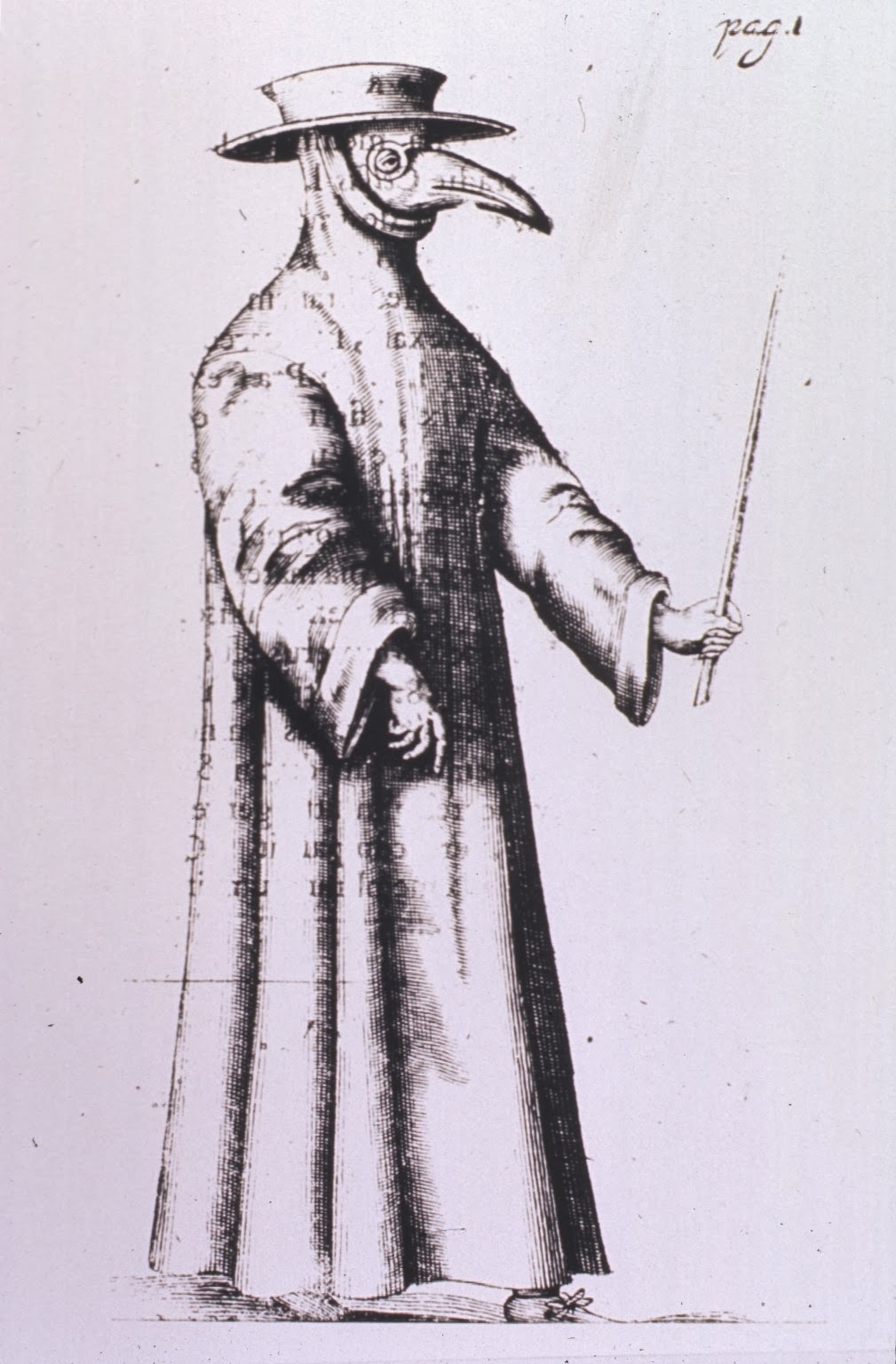 To protect myself from hockey players, I always wear one of these get ups whenever I fly, go to NHL games, or do anything that involves breathing near ice.

Apparently, what you call first-class seating is what professional hockey clubs call a quarantine. We North Americans live in a strange class system wherein our wealthiest non-athletes have to put up with a millionaire's germs because his fellow millionaires don't want him partaking in their highfalutin air.

Yes, professional hockey players are much more cautious nowadays than they were back when Georges Vezina tried to play through his advanced case of tuberculosis. (Seriously)

The latest instance of quarantining players with commoners occurred yesterday as news broke that James van Riemsdyk of the Toronto Maple Leafs was too ill to travel with his teammates to Sunshine for Tuesday's match against the Florida Panthers. JVR is officially suffering from the flu, but I suspect that he's harbouring some cinematic plague: 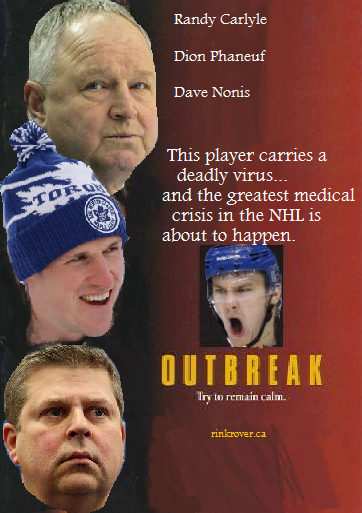 Now wouldn't you feel better if you knew that JVR-germs weren't wafting through your cabin's recycled air?
I have long suspected--and I can't substantiate this hypothesis yet--but I have a hunch that "the flu" is code for something far more menacing that frequently afflicts hockey players. Perhaps there's some type of locker-room dysentery that the NHL is keeping us in the dark about.

Dysentery has a long history of crashing parties. For instance, it likely claimed the lives of the Edward, the Black Prince; Henry V of England, and Sir Francis Drake--all of whom contracted the disease while fighting on respective battlefields (or battle-waters, in Drake's case). Dysentery's penchant for spreading through military camps makes it a likely culprit for the locker-room epidemics that we've seen in the current NHL season, in which the flu has broken out intermittently since October.

My suspicions of unreported, hockey-specific ailments were heightened recently when the Leafs' Peter Holland was afflicted with "lace bite." Although it sounds like getting burned by a courtesan, this condition apparently refers to a common foot injury that stems from the tongue in a new pair of skates being too stiff or the laces being bound too tightly.

"Lace bite" is painful but its effects are temporary, unlike "hockey mouth" a common condition caused by exposure to sticks, fists, and Zack Kassian.

I suspect that NHL locker rooms are also becoming hotbeds for infections, viruses, and other nasty things that no one wants to talk about. JVR's flu might actually be an incidence of "tape lung," "skate staph," or "Rage virus" (which Brian Burke would probably refer to as "truculent typhoid" or "typhus with testosterone").

So, when you find yourself seated next to a professional hockey player, you can rest assured that you've just contracted something that his team doesn't want circulating in the locker room. The best case scenario is that you've come into contact with the flu. The worst case is that you've been exposed to "the flu."

And so, while your favourite team's playoff hopes remain in the ICU, you'll be worrying that the euphemism that you've contracted will develop into the harbinger of an apocalyptic plague. 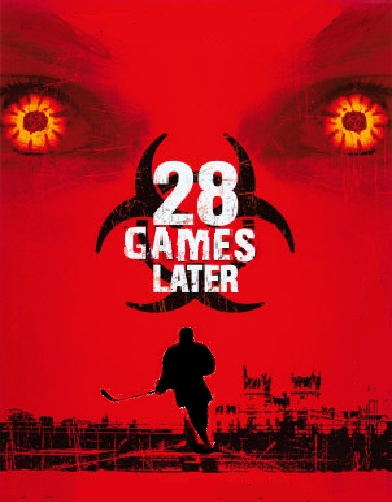 Tagline: "Humankind just got eliminated from the playoffs."