The Biggest Olympic snub is...

Bonhomme, who plays defence for the Toronto Furies of the Canadian Women's Hockey League, has more international experience than her male colleagues listed above. At just 28 years old, Bonhomme has won gold at the Meco Cup (nee Air Canada Cup), the 4 Nations Cup, the Women's World Championship, and the 2010 Winter Olympics. There are a few silver medals on her CV as well, but I'm not going to brag on her behalf. 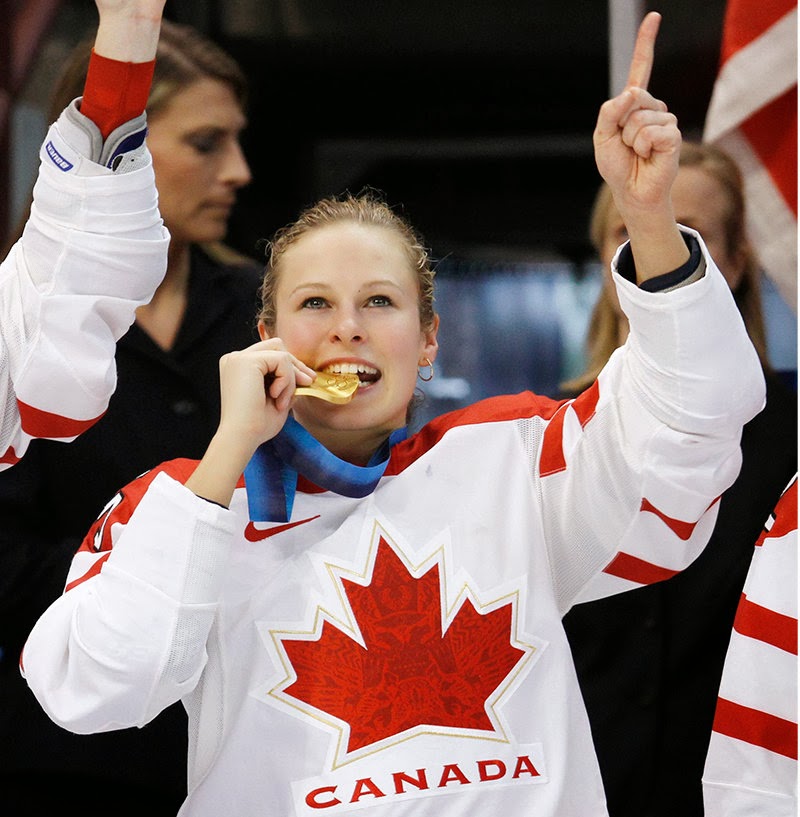 Pictured: Bonhomme sometimes flaunts her abundance of gold medals by nibbling on some between meals.

Despite such success, Bonhomme was cut by Team Canada back in November due due to the team's depth on the blueline.

Instead of covering this controversial decision in November, TSN and Sportsnet saved up their outrage for the announcement of the roster for the men's Olympic team. You could see them salivating for weeks when doing Olympic panels as they eagerly awaited the first opportunity to spew forth their roster-related vitriol.

Given the players available to the men's team, it's a bit ridiculous to criticize the final decisions made by the team. Yes, some players were left off, but it's a stretch to call many of these "snubs" given the quality of competition. It's not like Sidney Crosby was cut because they don't want the team traveling with Crosby's gnarly jockstrap. 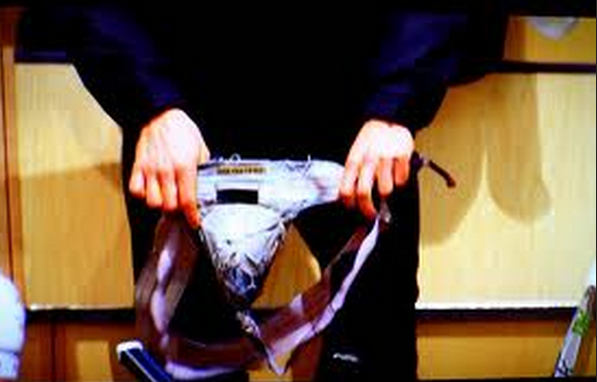 Seriously, how does the team plan to get Sid's lucky biohazard through customs?

When Canada has such a deep pool of male talent, arguing that Couture should have been taken instead of Rick Nash seems like unsportsmanlike hairsplitting. There's no problem with preferring one player over another based on personal opinion, but trying to spin such roster decisions into outrageous affronts just makes the sportscasters look desperate for a juicy "snub narrative."

Perhaps Sportsnet fears that if Doug MacLean and Nick Kypreos aren't allowed to yell about the roster over highlight reels of omitted players, the bellicose commentators will go after sponsors. 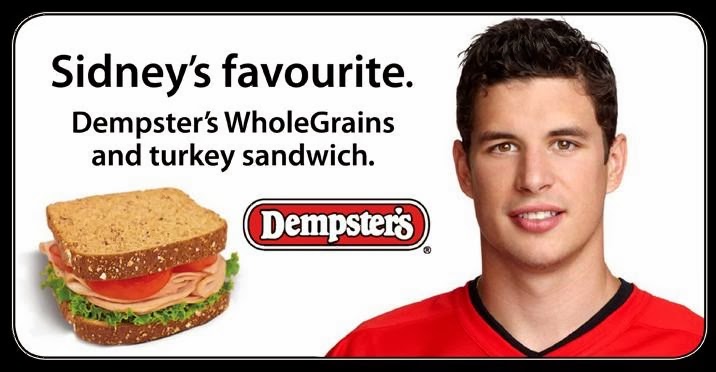 "How does coach Dempster justify putting turkey instead of roast beef on the same line as Crosby?"

However, when the major Canadian sportscasters were given the opportunity to debate a roster decision that was actually surprising and controversial, they responded indifferently. Given how little coverage this story received, I'd be surprised if many people actually knew that Bonhomme--"the face of women's hockey" according the The Hockey News--had been cut from the team bound for Sochi in February.

It's particularly disappointing that so little attention was given to the decision regarding Bonhomme since women's hockey (and the CWHL in particular) could have benefited from it being subjected to scrutiny. Instead of raising the CWHL's profile by debating whether the league first 1st overall selection in CWHL history should have been cut, the major broadcasters had commentators bemoan the plight of already-overexposed NHL players.

If it sounds like I have no sympathy for the slighted NHLers, that's because I don't for the most part. I can sympathize with Martin St. Louis as he's a decent player and a former Olympian but, at 38 years of age, he can't honestly say that he's caught off-guard by not being selected for Sochi. Had he been 28 like Bonhomme, I could understand if he felt shocked and disheartened by the move.

Conversely, at just 24 years of age, Logan Couture has plenty of chances to play in the Olympics in the future when current Olympians retire. In the meantime, if he wants any sympathy, he should probably avoid offering opinions as an amateur GM (i.e. saying "I felt I should have been on that team."

Among those who were supposedly snubbed, Claude Giroux deserves the least sympathy. After getting the bad news, the Flyers captain revealed, "It was one of my dreams to play for Team Canada." (Source). It's always a terrible shame when a young man's dreams don't come true...except when that young man skipped Olympic camp because he felt that nursing a hurt finger was more important. That young man should expect to watch the Olympics from home as the wounded digit continues to convalesce.
Posted by Unknown at 11:30