On New Year's Day, I thought that the Leafs' uncouth trade of Leaf John-Michael Liles would upstage the Winter Classic. It turned out that the omission (and later degradation) of Bobby Ryan would become the major story hockey story that day.

If you're already familiar with this storyline, feel free to skip the recap below and move on to my thoughts on the situation, which has somehow managed to get even messier even as Brian Burke and David Poile have tried to reach out to and make amends with Ryan. 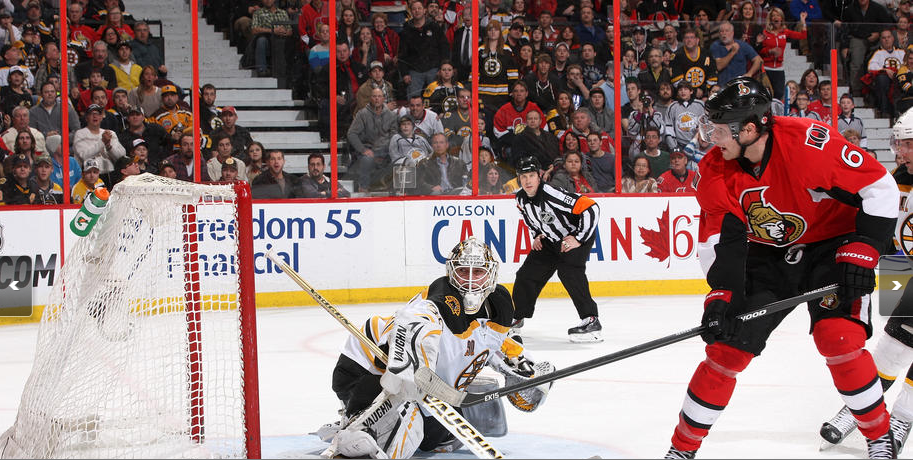 Pictured: After a breakaway that began in his own zone, Bobby Ryan "passively" scores the game-winning goal for the Ottawa Senators on December 28, 2013 (via nhl.com).

In case you missed it, Team USA opted not to invite Bobby Ryan to Sochi even though Ryan--who played at the 2010 Olympics in Vancouver--is one of the top American scorers in the NHL.

Team USA GM Dave Poile initially tried to parry criticism by lauding Ryan as a "fabulous player"that he would love to have on the Nashville Predators, and yet not (as James O'Brien of NBC Sports pointed out) on his Olympic team.

However, a day later, another story emerged that would undermine Poile's peacemaking: Brian Burke, a member of Team USA's management and the former Anaheim Ducks GM who drafted Ryan 2nd overall in 2005, offered some offensive remarks about his former player. According to Burke, Ryan "is not intense. That word is not in his vocabulary. It's never going to be in his vocabulary. He can't spell intense."

A noticeably distraught Ryan responded by calling these comments "gutless."

Once the initial sting wears off, I hope that Bobby Ryan reacts by realizing just how moronic Burke's comments are. In hindsight, these remarks certainly justify why Burke was, in effect, dismissed as GM of the Vancouver Canucks in 2004, and why he was fired outright by the Toronto Maple Leafs in 2013. Upon replacing Burke as General Manager of USA Hockey, Poile should have considered if there was a place in the team for Burke's intense volatility.

Today, David Poile undertook damage control by apologizing to the rightfully offended Ryan, but that apology was also insulting due to its insincerity. Poile notes that the mishap stemmed from a misunderstanding about Team USA's editorial control over ESPN and USA Today's feature on America's Olympic hockey team. Apparently, USA Hockey would never have made those comments about Ryan had they known that the remarks would later be published.

Basically, Poile isn't offering a heartfelt apology for what was said: he's only sorry that people found out about it. UPDATE 3:27 PM EST: Poile is still lamenting that USA Hockey management was caught disparaging players, not what was said about Ryan in the first place. 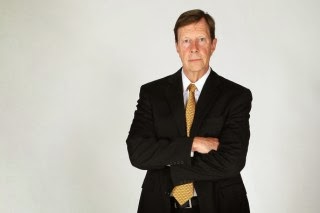 The only indication that Poile is trying to distance himself from Burke's comments is the excessive amount of negative space in this picture.

Poile should have reacted to this fiasco by dismissing Burke--not as a reactionary response to the backlash over the comments made about Ryan. No, Poile should have considered showing Burke the door because his comments reveal that his judgment is questionable and his contributions are detrimental to USA Hockey.

How is Ryan "passive"? Does he just stand around and wait for the puck to bounce off his stick and into the net? If he's managed to find success with that approach--scoring 30+ goals in four of his six previous NHL seasons--then he simply has too much puck-luck for Team USA to pass up.

According to Travis Yost, a prominent Sens blogger, Burke's comments imply that Ryan scores goals but does little else. If that is the case, then Burke is a horrific hyperbolizer, and I'm not convinced that hyperbole is a useful skillset for USA Hockey. Did they pick Dustin Brown because of his grit, or because he can hit "like eleventy billion people on a single shift"? Did they select Brooks Orpik for his rugged physicality or because "he eats tanks for breakfast and defecates fully-functional jeeps at lunch"?

Hyperbole is often rhetorical shock and awe--a blitzkrieg of bluster that demolishes counterarguments with unreasonable effectiveness since many hyperbolic statements (like Burke's) contain little substance.

The most substantial comment seems to be Burke's allegation that Ryan "can't even spell intense." Here, Burke baldly alleges that Ryan is stupid. He's already suggested that Ryan plays without intensity and will never learn intensity, so why else would Burke comment on Ryan's spelling ability unless he intended to disparage the player's intellect?

After hearing these comments, Poile should have seriously reconsidered collaborating with someone who not has difficulty voicing his professional opinion tactfully but also has a proclivity to mingle insulting personal remarks with his assessments of players.

Instead, Poile (perhaps lacking sufficient intensity to stand up to Burke) took a passsive approach to handling his management team, which has unsurprisingly backfired.

Of course, most of the blame should fall on Burke for making those incendiary remarks in the first place. Why couldn't Burke have tempered his comments? He could have argued that Ryan doesn't suit the identity that they are creating for Team USA. He could have said that Ryan didn't stand out among the numerous quality forwards available to USA Hockey. He could have even suggested that Ryan and former-teammate Cam Fowler have a tendency to bicker when on the same team.

Any of these remarks would have been better than insulting Ryan's passion and intelligence.
Posted by Unknown at 16:51