The NHL artificially lowered the salary cap this year to help struggling clubs, but the newest CBA has inadvertently created two new classes of professional hockey players. These emerging classes can be grouped together as "cap exiles": players who have been forced into early retirement or to find work abroad due to the abrupt cap crunch. 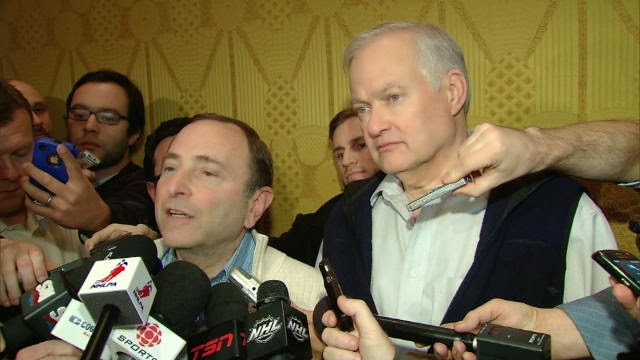 "We'd like to thank the league's twentysomethings, who helped end the labour struggle by getting onside with plans to backstab veteran players."

The first group is a new type of milliennial: professional hockey players who, after suiting up for nearly or more than 1 000 NHL games, are now reluctantly retiring. After becoming UFAs in the 2013 off season, these players spent the summer and the first months of the new NHL season languishing in uncertainty over their careers before finally deciding to retire.

Last week saw two such retirements as Jamie Langenbrunner and Wade Redden realized that teams just aren't going to call them this year. Of the two, Langenbrunner had the more illustrious career: he won the Stanley Cup twice, and he assisted on Zach Parise's tying goal in the gold-medal game at the 2010 Winter Olympics. While his season-ending hip surgery suggested that Langenbrunner was too worn and torn to make a comeback, it's still tempting to wonder if Langenbrunner could have revived his rep as a late bloomer had he been able to find work this year.

Other untimely retirees include Pavel Kubina, Milan Hejduk, Roman Hamrlik, and Martin Biron. (NB: Biron only played in 508 games, but, as a goalie, he suited up for far more matches over his 16 years of NHL play.) Combined, these players have played 5993 games over 93 seasons cumulatively. That's a wealth of experience that NHL general managers are allowing to skate into the sunset.

The most maligned among these players has to be Biron, whose career came to an abrupt end after his club scapegoated him with a terrible loss. Biron was thoroughly embarrassed in a 9-2 loss to the San Jose Sharks back in October. Summoned to crease after Henrik Lundqvist gave up five goals, Biron let in four more markers-- including this highlight-reel goal (courtesy of Tomas Hertl), which became the low point of no return for Biron's career.

You can find this gif on display at the Louvre (probably).

Following the loss, the New York put Biron on waivers, but he opted to retire rather than while away his career in the AHL. Thus the Rangers ended Biron's career by blaming him for Hertl's triumph.

The other type of salary-cap casualties are players who had to find work overseas because there was no interest in them among NHL teams. These expatriated players include Ryan O'Byrne (formerly of the Canadiens, Avalance, and Leafs) and Matthew Lombardi, who previously played with the Flames, Coyotes, Predators, Leafs, and Ducks.

Since the Leafs let O'Byrne walk after an underwhelming post-season in Toronto, the blueliner has signed in the KHL. As a member of HC Lev Praha, O'Byrne has scored 2 goals, tallied 6 assists, and stands as a +7 in 36 games played.

Lombardi has had much more success since departing Anaheim after its crushing game 7 defeat to the Detroit Red Wings. In August, he signed with the Swiss National League A's Genève-Sevette. While playing in Geneva, Lombardi has become nearly a point-per-game player, scoring 15 goals and 16 assists in 35 contests. He also led his team to win the Spengler Cup by scoring 8 points in 3 games (including 2 goals and 2 assists that helped his squad eliminate Team Canada from the competition).

Have we seen the last of the above players?

The "millennials" are arguably past their prime, and that bleak reality has made their contract struggles even more excruciating to watch. It's disheartening to see athletes in the twilight of their careers vainly holding out not to get better deals (like the Ryan O'Reillys and P.K. Subbans) but rather to stave off retirement. Had team salaries not been artificially constrained, these cap casualties would likely have been able to find teams willing to take fliers on them.

Still, with the salary cap projected to rise to $71.1 million, there's hope that some players might be invited to retire from retirement. Of course, it's far more likely for the "cap expats" to get a call in the upcoming off season.

Of all the players mentioned, I predict that we will most likely see Matthew Lombardi return to action. The year away will give him a chance to prove that he can still score and to disprove his reputation for being injury prone. Lombardi may become next year's Mason Raymond: a player willingly to put up big points for little money just to demonstrate that he's capable of staying healthy.

Lombardi would also raise the overall handsomeness of any squad that signs him. Have any adv. stat supporters measured how looks influence wins?

Meanwhile, future free agents would be wise to sign new contracts that expire the year before or the year after the next CBA standoff in 2022. Players may be able to add years to their careers by simply avoiding a lapse in their employment during the next cap crunch. The NHL, of course, might decide against reducing the salary ceiling next time, but we'll likely see the Hamilton Flying Pigs play in the NHL before the league opts not to diminish players' salaries. 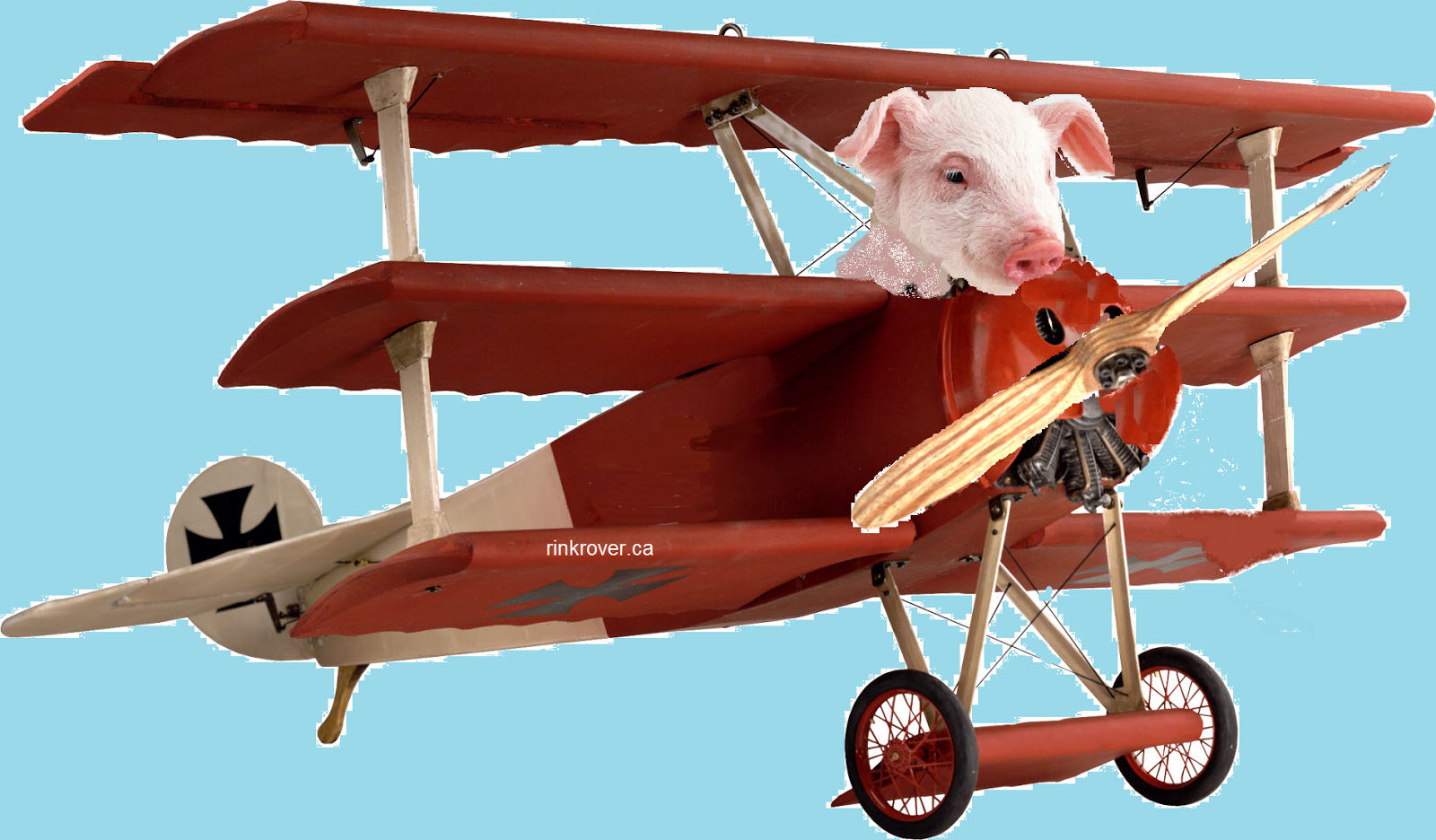 Proposed logo for Hamilton's NHL team.
Posted by Unknown at 15:21