NHL Gift Guide: the most absurd items available at nhl.com

Having trouble finding unwanted stocking stuffers? Stuck playing Secret Santa for someone you secretly scorn? Here are some terrible NHL Christmas gifts that you can by right now. 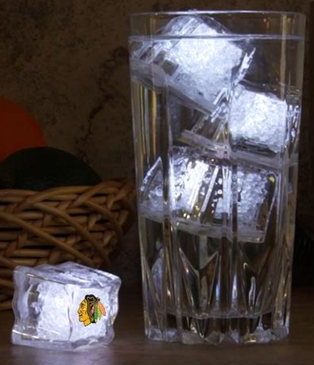 When at a party, does anything make you instantly assume that you've contracted hepatitis quite like looking into your drink and seeing reusable ice cubes?

When determining what animals should be matched up with hockey teams in order to make cute or cuddly novelties, it seems like a no-brainer to go with the clubs' mascots. Well, the people behind these objects dared to dream differently.

Here are some team-mascot mash-ups that are sure to infuriate fans. 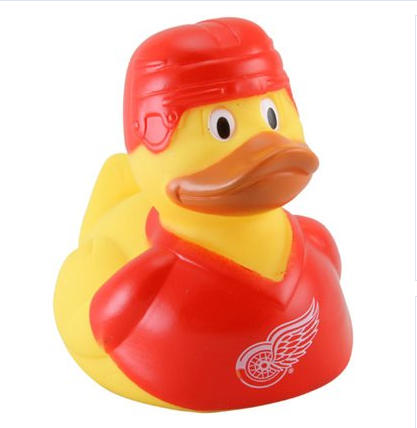 Now, in fairness, a rubber octopus might be too scary for tub time, so we could perhaps excuse this Detroit-Anaheim crossover. That rationale, however, wears thin when applied to this offensive rubber ducky. 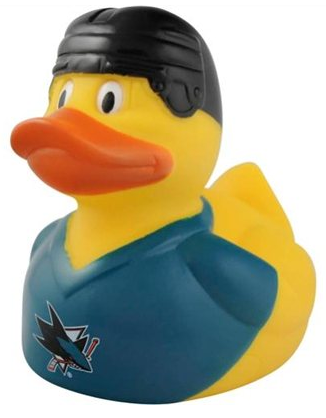 Nothing quite says "yours is the cupless, illegitimate NHL team in California" quire like putting a Sharks jersey on a hated duck.

Still, at least that type of affront relates to an actual rivalry and appeals to Sharks-haters and Ducks fans alike. The next mash up has no relation to fans or rivals: 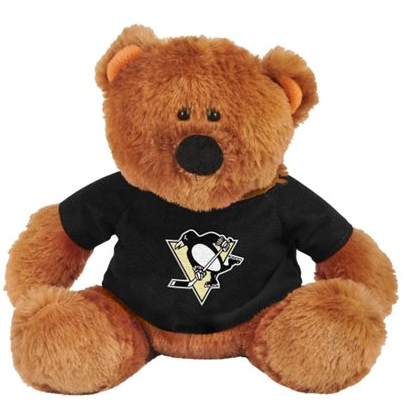 Yep, it's a bear wearing a jersey whose logo reminds us how absurd it is that the fanbase is being offered a plush bear instead of--oh, I don't know maybe...a penguin!

Shopping for something that will antagonize the Philadelphia Flyers fan in your family? Look no further than this ornament: 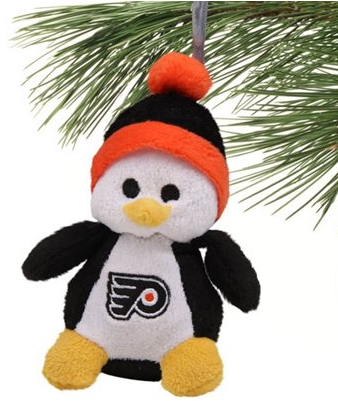 To infuriate the receiver further, act surprised when they try to maintain composure while explaining the Penguins-Flyers rivalry.

If you're feeling bad after causing some tension at the Christmas table, you can help make amends with the offended party and get onside with his or her Flyers fandom by burning the hated rival's logo around Christmas dinner. 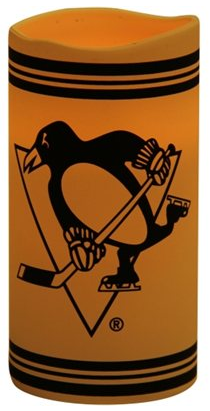 I wonder if nhl.com could tell us how many of these candles have shipped to Philadelphia versus Pittsburgh.

Ever have difficulty walking around Detroit without being murdered? Well, nhl.com has some outdoor accessories for you! 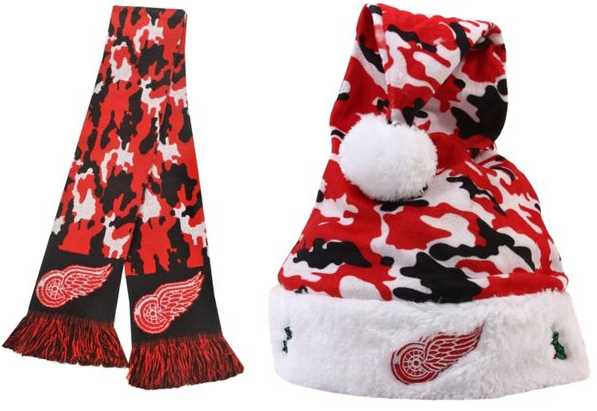 These camo scarves and Santa hats are perfect for blending in with the free-flowing gore that has become the backdrop of inner-city Detroit. If someone sees you moving, they'll probably refrain from mugging you as the bloody attire suggests that you've already been marauded for all you're worth.

If that slight to Detroit didn't satisfy your penchant for politically-volatile gifts, check out this one-percenter ornament: 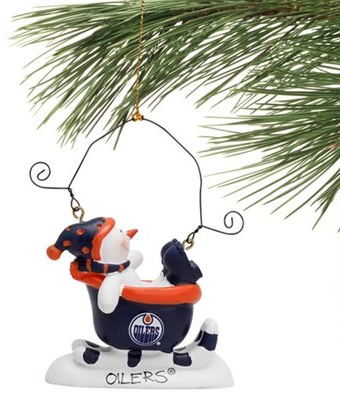 Look at this bourgeois snowman trampling on the back of his less-fortunate brethren and grinding them into the dirt for his own personal amusement. If you're ever looking for a subject around which to write a Marxist revision of "Frosty the Snowman," consider using this coal-eyed capitalist.

6. Not all snowmen are created equal

While on the topic of Frosty, check out this enraged snowman: 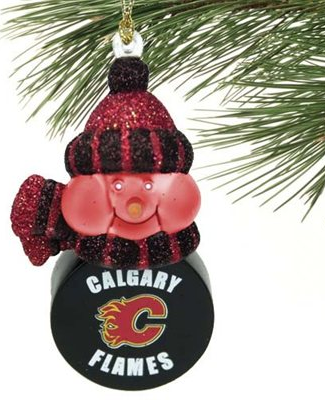 Just kidding--what looks like a murderous slush monster is actually a snowman sporting the Calgary Flames' colours. That's a sweet idea, right? How could it possibly backfire? 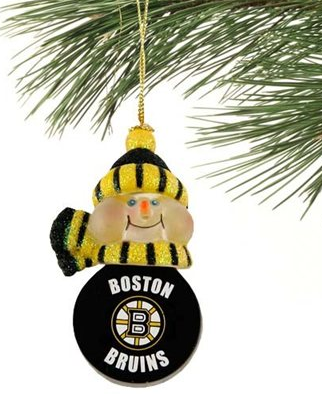 Notice anything wrong? Perhaps the snowman's cheerful blue eyes distracted you from the fact that his face is made out of yellow snow! I guess someone at the NHL's warehouse wants to wish Bruins fans a merry, urine-soaked Christmas.

If you need a pick-me-up this season, consider getting this Flyers-themed "party bear." 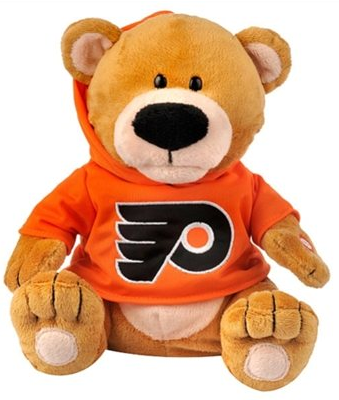 "Party Bear" is a modernization of Teddy Ruxpin that was made especially for the hockey hooligan. According to the product description, you can plug this bear into your mp3 player or phone and it will lip-sync music for you. So, when you're having a bad day, you can cheer yourself up by having a thuggish-looking bear serenade you with Marvin Gaye's "Sexual Healing," Ceelo Green's "F*** You," and whatever other inappropriate tracks you can think of.

The only downside is that it also lip-syncs your phone calls, which means that your boyfriend or girlfriend might interrupt your jam session to reprehend you for spending upwards of $50 to hear a stuffed animal sing explicit lyrics. Next thing you know you're getting dumped and the bearer of the bad news is the very bear responsible for the rift. You're a cruel, cruel mascot, "party bear."
Posted by Unknown at 13:35