Late December brings about two holiday traditions in my household: my annual curse for the inventor of eggnog (may his soul be peppered with mildewy nutmeg for eternity); and a surge of rabid patriotic fervour as NHL hockey takes a backseat to the World Junior Championships on my television. The WJC tends to help me cope with the tremors and night terrors that accompany bingeing on the 'nog.

Aside from the joys of unbridled jingoism, the WJC also affords an opportunity to root for a wide selection of underdogs. Not all men's under-20 teams are created equal, so there's no scarcity of struggling squads to cheer on during the tournament. 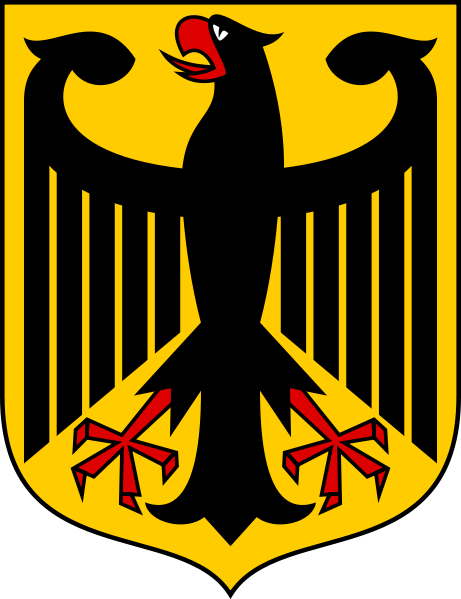 It also gives us the opportunity to see some unconventional logos such as this one used by the German U20 team. As ferocious as the crest is, it didn't save the Germans from being trounced by Canada 7-2 on Boxing Day.

This morning I enjoyed a spirited match between Norway and Finland. The latter outgunned the former for much of the game by relying on their superior talent to tame the opposition with suppressive fire: as Finland relentlessly bombarded Norway's net, the Norwegians dug in and fought fiercely just to avoid any errors that would result in an atrociously lopsided score.

As if that's not bad enough, Canadians use the NIHF's logo on their currency, valuing the emblem of the Norwegian league at $2.

Given the NIHF's struggling track record, it was unsurprising that Norway's WJC trailed Finland 4-0 heading into the 3rd period today. However, it was pleasantly surprising when the Norwegians came out eager to pillage and plunder in the third. Undaunted by the score sheet, the Norwegians managed to hem the Finns into their own zone for the first five minutes of the final frame. Had they played at this level of competitiveness for the entire game, the score would have been much closer: Norway might have even caused a stir by upsetting the heavily favoured Finns.

Instead, the Finns weathered the storm as the surging Scandinavians failed to put the puck passed their Nordic neighbours. Following that flurry of activity, Finland regained composure and renewed their former dominance of the game after extending their lead to 5-0.

The Norwegians managed to spoil Juuse Savos' shutout bid by scoring a single goal in the dwindling minutes of the match. Nevertheless, aside from the +/- column, Norway's score sheet looked like a stream-of-conciousness monologue written in in binary.

Still, the Norwegians can take heart in the play of goalie Joachim Svendsen, who made 43 saves on 48 shots. While those stops weren't nearly enough to have kept the team in the game, Svendsen did keep the match from becoming an utter embarrassment.

Svendsen also made a few spectacular saves to stave off a complete blowout. Indeed, his .896 save percentage would have been a lot better had his team not suddenly applied pressure to the opposition in the 3rd. Ironically, he would have been more of a standout had his defencemen hung him out to dry a bit more in the final 20 minutes.

Ultimately, the game was nothing to sing a saga about, but it did suggest that the Norwegians could be competitive one day if they continue to develop their goaltending program and distill the berserk spirit with which the team dominated Finland for a solid chunk of the final period.

Suggested logo for a fiercer Norwegian team.
Posted by Unknown at 18:56