Despite last night's injury to George Parros during a hard-fought game between the Toronto Maple Leafs and Montreal Canadiens, the NHL has done nothing to prevent ice and gravity from further afflicting its employees.

The incident in question occurred following a fight between Parros and Colton Orr. After slipping on hockey's infamous playing surface, Orr accidentally brought Parros down with him as the Leaf's hand was tightly clasping the Hab's jersey.

Fans of the sport often defend ice as part of the game, even though other forms of hockey (e.g. field and road) have proven that ice is not a necessary element to the sport. Nor should it be an integral part of hockey's entertainment value. Indeed, skating and deking are embarrassing sideshow that make a mockery of an otherwise well-respected contact sport.

Ignorant cavemen have long defended the role of ice in professional sports, but this support base has dwindled over time. Ice has had a longstanding reputation as a treacherous aspect of the Canadian wilderness, but cases of people being plunged into thawing rivers or being felled by slippery sidewalks in winter have eroded enthusiasm for ice at a glacial pace.

However, ice has been under fire recently following a Hollywood documentary that captured its brutal, bloodthirsty nature. The film Thor depicts humanoid ice-people (dubbed "Frost Giants") as a sentient race that is both fully cognizant of the havoc that frozen water can wreak on people, and yet entirely unapologetic of its devastating effects.

Do scenes like this enhance our enjoyment of hockey?

Gravity is perhaps the more insidious of the two culprits because its destructive tendencies have been dismissed as unavoidable acts of nature. Players such as Colton Orr are held responsible for actions that may have been beyond their control, but forces such as gravity aren't held at all accountable for their actions. Therefore, the primary villain in the incident involving Parros is Sir Isaac Newton, who first dignified and assuaged this brutal, belligerent force of nature of any culpability for its actions in his theory of gravity. 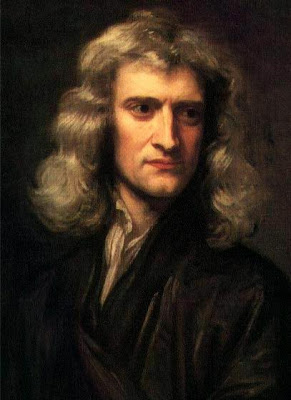 Parros' blood is on your apple, Newton!

Despite the obvious role that ice and gravity have played in this tragedy accident, some commentators consistently blame fighting for such incidents. This position is advanced by reporters such as James Mirtle, who incenses fans by presenting his own personal diatribes as news stories for Toronto newspaper The Goad and Flail.

In this article, Mirtle patronizes mourns the enforcer Parros by lamenting that he, "a bright man, who graduated from Princeton", wasted his brilliance and Ivy-league pedigree on a vocation that is so inconsistent with Mirtle's views of hockey. They say that there is no tragedy greater than the death of a stereotype, so we should probably excuse Mirtle's excessive grief over the loss of his convenient definition of hockey fighters.

However, other writers responding angrily to the Parros incident shouldn't be excused so easily. Behind the over-the-top outrage is a sense of disappointment.

Some reporters, desperate to prove themselves right on the matter of hockey fights, seem let down when a player doesn't die during a tilt. Like a grad student waiting on a vital book to arrive via inter-library loan, each reporter's thesis (on why hockey fights and those who enjoy them are bad, Bad, BAD!) remains unfinished until the final proof of their rightness arrives via body bag. Many have prematurely typed the headline "NHL Player Dies in Hockey Fight" numerous times before having to backspace their wishful thinking into oblivion.

Damien Cox is apparently scandalized and affronted by people who enjoy hockey fights. How else can you explain his decision to describe fans as a "bloodthirsty Bell Centre crowd" who luridly "roared" as they were "thrilled by its [their team's] new goon [Parros]."

Cox represents the extremity of reporters who harbour (and freely showcase) a seething spite for hockey fighters and fans of fighting in hockey seems extreme. I wouldn't be surprised if Cox became a vigilante reporter who would take matters into his own hands just to rid the NHL of fighting. After fulfilling his prophecy that a fight would one day end fatally, Cox could then spend the the rest of his life as a tenured "I told you so" reporter.

Based on his self-righteous indignation toward hockey fighters and fans who enjoy hockey fights, I wouldn't be surprised if Cox were overheard speaking a variant of Jon Hamm's famous line from The Town. 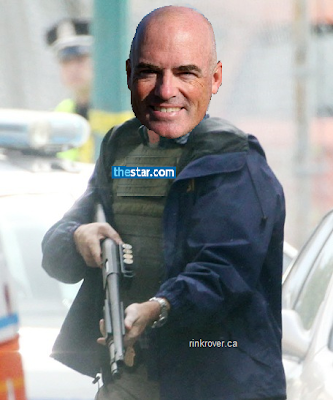 "Fortunately though, for Orr and for Bettman, Parros, who is two-thirds a moron despite his education, has miraculously clung to life. Now, if it were up to me, and they gave me two minutes and a wet towel, I would personally asphyxiate this designated goon so we could see hockey fights end with a bag on Orr's head and a paralyzing agent running through his veins."

Perhaps we can also excuse Cox because his egregious flaws are nonetheless human. Cox works under the assumption that he is smart; therefore, anything that he thinks must be right, and anyone who thinks otherwise must be stupid. This form of neurosis is quite common among hockey writers whose contributions to contemporary journalism are all bluster and little substance.

It must be tough for Cox to cover the sport when so many players make a mockery of his self-proclaimed intellect by failing to finish each fight in martyrdom. Every time a star player defends an enforcer--every time a renowned fighter signs a lucrative contract, Cox's sense of self-assurance takes a heavy blow. We may not excuse such behaviour, but we can certainly feel pity for someone with such a grasping desperation for integrity that he must insult others just to assert his own worth.

Of course, the issue is often presented as much more than the defence of one's self-esteem. Cox and Winnipeg Free Press columnist Gary Lawless tried to make fighting in hockey more than a matter of opinion by resorting to the use of false dichotomies and fear tactics. 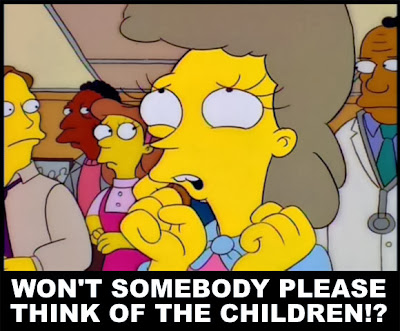 According to Cox and Lawless, either you oppose fighting, or you're in favour of jeopardizing the future of the sport and the welfare of children. Apparently kids everywhere are horrified by violence. That's why so many kids when I was growing up feared the possibility of joining "G.I. Joe," the "Ninja Turtles," and "X-Men." We longed for the days of--wait, when was there a time when fighting wasn't a thing? Even Playmobil has toys designed to combat each other. 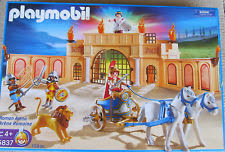 Those of us about to die salute you!

Never mind the fact that there is no evidence correlating the decline in enrollment to fighting in hockey. Disregard the fact that enrollments didn't dwindle in the 70s before the NHL outlawed bench-clearing brawls and the Philadelphia Flyers. Such nitpicking is best left for cavemen.

For writers such as Cox, what matters in the fight over fighting in hockey isn't whether or not they are in the right. What matters is that they stick up for their teammates fellow writers and the code their conception of journalistic integrity.
Posted by Unknown at 17:18