Glenn Healy wants Twitter to sober up and/or shut up?

Aside from playing Eli Thompson on HBO Boardwalk Empire, Glenn Healy makes a living by disliking pretty much everything.

One of these two is a short-tempered curmudgeon who loathes his colleagues and despises successful people. The other is a character on a TV series.

If you ever hear a customer reprimanding a waiter for giving a "serviette" instead of a "ma'amviette" to a female diner, you've probably found Hockey Night in Canada's post-show pub. (Please send me directions!)

When not accusing his electric toothbrush of having no heart or hustle in its game, Healy often incenses hockey fans by finding fault with anything even tangentially related to the sport. It seems that people stopped getting upset with Healy recently. How else could we explain his decision to instigate a fight with Twitter in general?

Healy begins his tirade by proclaiming that he never had and never will use Twitter. This news caused many sports fans to celebrate like the Ewoks after the second Deathstar was destroyed.

I haven't been able to identify the people in this gif yet, but I believe James Duthie and Bob "Bobo" McKenzie are dancing at centre.

After making this boast, Healy gets defensive. "Some of my colleagues may criticize me, but they don't watch the games anymore. They just read the tweets about them."

As my partner, Heather, pointed out, Healy seems to be taking a swipe at TSN with these comments. Maybe Healy was thinking of a certain TSN broadcaster who was too busy blocking people who called him out about his ignorance "My Little Pony" to cover the game one night.

Whatever the reason, Healy has decided to scorn Twitter. Instead of tweeting, Healy will type up his maddening musings in a new feature called "140 Words."

In announcing his new feature, Healy offers the following gem of a quote: "The truth is, before you are allowed to tweet you should have to take a breathalyzer test."

Fun fact: if you so much as bring a breathalyzer into a hockey game, it will malfunction in such a way that gives the device artificial intelligence and the desire for US citizenship. 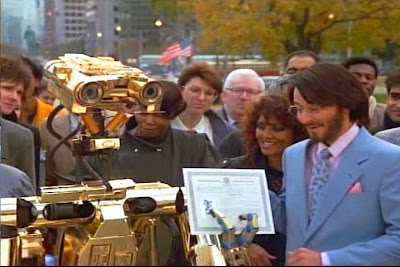 BTW, that was a reference to the Short Circuit franchise, which basically a g-rated version of Robocop.

Why did Healy go out of his way to point out the pink elephant in the room, and then blame us for Dumbo's drunkenness? 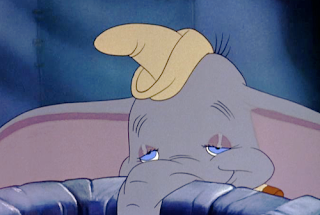 The average tweep, according to Glenn Healy.

Healy then tells us that he will only discuss the "road to the Stanley Cup" in this feature. He promises, "I'm not going to bore you by telling you where I am or what I'm eating." Of course, many hockey fans would be impressed if Healy could pinpoint his location (at any given time) within the right hemisphere.As for eating, we all know that his traditional Saturday night dinner includes


Finally, Healy ends with an ultimatum of sorts. He says, "Enjoy the 140 words. If you don't like them, tweet that to all of your friends. #dontwastemytime"

I'm surprised by these comments because I thought that Healy's whole shtick was getting a rise out of fans. By offering horrendous criticisms that embroil him in controversy, Healy garners attention for HNIC, right?

Apparently I was wrong That mistake makes me wonder if Healy has been genuinely surprised by fan reactions to his "coverage" of hockey. Is he making a conscious effort to speak only the things that he thinks are appropriate to say on air? If so, does Healy have material that he keeps to himself because he feels that it's too incendiary for TV?


I won't get into any musings on what dark thoughts might dwell behind Healy's brow of furrowed fury. Such material is best left for Stephen King and other horror writers.

Anyway, the gist of Healy's conclusion is that he doesn't want to hear any negative responses to what he says.