Peter Chiarelli signs off on Tyler Seguin (In Song!)

The Boston Bruins caused quite a stir yesterday when "Behind the B," a documentary series focusing on the moves made by the team's front office during the off season, featured Peter Chiarelli and his staff offering some controversial criticisms of a former Bruin: Tyler Seguin, who was traded to the Dallas Stars back in July.

Basically, Chiarelli and his staff fully understood Seguin's talent, but they were nevertheless unimpressed with his performance on (as well as his conduct off) the ice last season. To them, Seguin's deficient intangibles outweighed his statistical upside (especially his Corsi stats).

Unfortunately, the producers cut a significant portion of this special. In a now-deleted scene, Peter Chiarelli offered even more reflections on Seguin through song. Luckily, I managed to find a transcript of this song. I've posted the contents below.

"Faith" as performed by Peter Chiarelli

Well I guess it would be nice
If I could ice your Corsi.
I know not everybody
Has a Corsi like you.

But I've go to think twice
Before I give my cap away.
'Cause I don't like the games you played,
When the 'Hawks broke through.

Oh but I
Need some time off from that implosion.
Time to work the cap around our core.
When the cap comes down
In a ruthless motion,

Well it takes a strong man, Tyler,
But I'm showing you the door.

Seguin,
I know you're asking me to stay.
"Please, Pete, don't trade our deal away."
But I gotta be shrewd.

Maybe
You mean every word you say,
'Bout parting with your party days
And flouting your curfew.

Before this cup drought
Becomes a desert.
Before you wear the spoked 'B' anymore.
Oh Tyler, I'll reconsider just what you deserve.
Well I need someone to score goals,
But you've got to offer more. 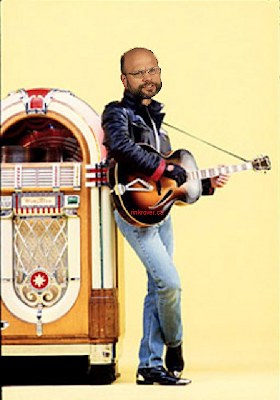 All in favor of petitioning iTunes to release this song as a single, please pledge your support in the comments section below.
Posted by Unknown at 17:38