The 2013 NHL All-Star Teams Fiasco, and, Alex Ovechkin at the Movies

The unofficial beginning of the 2013 NHL Free Agency period was surprisingly unremarkable yesterday. I know that players can't officially sign with new teams until Friday, but you'd think that we'd at least hear some rumours about who is talking to whom as teams and players are allowed to discuss new deals prior to Friday's opening of the player market.

Based on the dearth of information, it's safe to say that almost all information leaked by an NHL organization was done so purposefully. Every year it seems that each organization becomes a sieve through which rumours of all potential deals flow freely as the trade deadline nears. Yet now, when we know that every team is talking to at least a couple of FAs, every organization has apparently bound its members' mouths shut with Gordian knots. How convenient!

The story that received the most comments yesterday was not news of Daniel Briere's or anyone else's potential deals but the selection of Alexander Ovechkin for both NHL All-Star Teams (as a right winger on the first team and a left winger on the second).

Prior to the vote on the all-star teams, members of the Professional Hockey Writers Association were reminded via email that Adam Oates had shifted Ovechkin from the left to the right wing. Still, enough people apparently forgot about that change to elect Ovechkin to both positions.

What's even more ridiculous is the furor that broke out after this mishap. I thought it was a funny slip-up, but some people thought it was a cause for outrage. One hockey blogger suggested that the incident was reminiscent of Caligula's plans to make his own horse a Roman Consul. Maybe someone as enamoured of hyperbole of myself shouldn't judge others, but it seems a stretch to allege that the PHWA somehow became so debauched one night that they hatched a scheme to mock the NHL and expose it as a useless institution by putting Ovechkin on both All-Star Teams.

If that were the case, then I'm disappointed with the writers for not developing a more ambitious prank. Selecting buffalo hot sauce, Nancy Pelosi, or Paul Bissonnette as this year's premiere left-winger would be a much more effective way to undermine the NHL's integrity than to select an excellent player (and one who actually played that position) twice.

An even more radical suggestion to prevent the PHWA from making future (minor) mistakes was proposed by Toronto Star columnist and PHWA member Damien Cox:

Easy there, Woodward and/or Bernstein! I find this suggestion to be as needless and absurd as it is potentially dangerous. Does it really matter how the PHWA conducts its voting? Do the NHL All-Star Teams matter so much that we should deny writers one of the hallmarks of Canadian and American democracy (the secret ballot)?

Cox's suggestion will only muddle things up further. Articles on the team selections will grow exponentially longer as journalists must clarify who some obscure writers are before the significance of their vote can be discussed. Likewise, writers will have to repeat that the PHWA member Terry Jones is not the guy by the same name of Monty Python fame.

Even worse, we might find out things that we didn't want to know about the PHWA. It wouldn't surprise me to learn that sports writers are behind every major political assassination since D'arcy McGee was gunned down on Sparks Street in Ottawa in 1868. Some say that his supposed assassin, Patrick J. Whelan, was a scapegoat executed to cover up the fact that the assassination was part of a Protestant plot. I'm sure there's enough material there for Dan Brown to write a serial novel for Sports Illustrated. 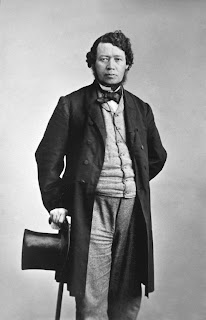 I heard the D'Arcy McGee was assassinated for his outspoken support for William George Beers' radical plans to reform lacrosse. Journalists probably perceived Beers' suggestions as the most insidious assault upon Canadian liberty since the War of 1812.

Instead of suggesting that we hang members of the PHWA in effigy, I thought it'd be more fun to think of the possible consequences stemming from Ovechkin's double selection to both All-Star Teams. Perhaps Hollywood will take notice and seize upon this opportunity to cast Ovechkin opposite himself in a series of reboots.

Here are some Ovechkin features that we might soon see at the theatres! 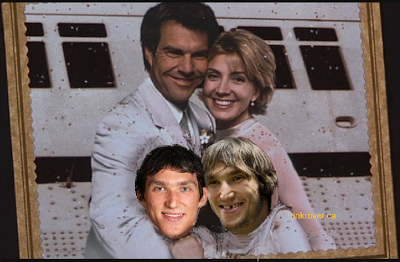 Nick Parker (Dennis Quaid) and his ex-wife Elizabeth James (Natasha Richardson) have a family secret: they had twins, both named Alexander Ovechkin, and agreed as part of the divorce settlement that each would raise one Alex Ovechkin without telling him about his brother. Things go awry at the Washington Capitals' training camp when both Ovechkins show up to play--on opposite wings! 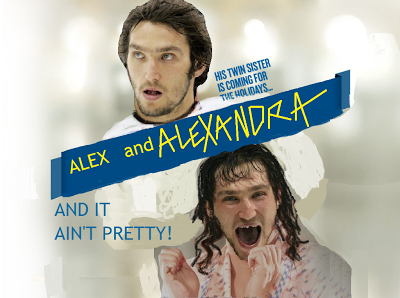 Alexander Ovechkin's July 4th celebration is ruined when his sister arrives unexpectedly. She's awkward, loud-mouthed, and almost-as-annoying-as-Adam-Sandler, but is that really enough reason to describe her as an "it" rather than a person, Hollywood?

3. The Winger in the Iron Mask 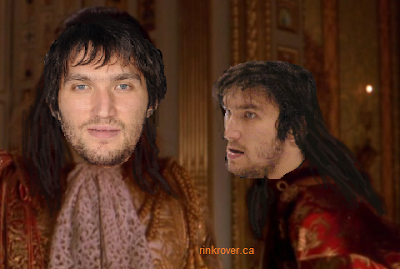 When head coach Adam Oates sees that his star player, Alex Ovechkin, is turning his captaincy of the Washington Capitals in to a tyranny, he enlists the aid of three musketeers (Mike Ribeiro, Joey Crabb, and Martin Erat) to help remove Ovechkin from power.

Theiy plan to abduct Ovechkin and replace him with his identical twin brother, whom Ovechkin has forced to cover his famous face with an iron mask while playing for a basement-dwelling team in the Kontinental Hockey League.

There's only one hitch obstructing this ploy from unraveling seamlessly (enough mixed metaphors for you?). The problem is that the twin hidden away in Russia plays the opposite wing as his all-star brother! 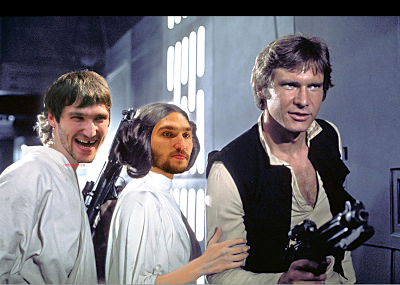 Despite their identical missing teeth and beards, Alex Skyvechkin somehow doesn't realize that the princess with the cinnamon-bun coiffure is his twin sister. As their incestuous chemistry reaches increasingly volatile levels, even the Ewoks begin noticing that these siblings are a bit too close for comfort.

Luckily, the empire's preoccupation with the "tabloid twins" (so-named because their latent romance engrosses every pulp press in the galaxy) helps the Rebel Alliance. The scandal  forces Emperor Palpatine to concentrate all his powers on defending his administration's choice to stand by its chief minister, Darth Vader, who is personally embroiled in this familial scandal. These distractions enable the Rebels to destroy not one but two Deathstars!
Posted by Unknown at 16:35