With over 2000 games scheduled to be played during the 2013-14 NHL season, fans will have a hard time deciding which bouts will be better than others.

Bloggers are already busy writing posts that outline which games you can't afford to miss, so I thought I'd prepare a list of the least compelling contests. Feel free to skip the following games; you won't miss much.

Let me start off by saying that the Oct. 4 match up between the Nashville Predators and Colorado Avalanche at the Pepsi Center will likely be intense. Predators GM David Poile intends to add Seth Jones to the lineup, and many commentators expect that Nathan MacKinnon will play for the Avs next year.

That means Seth Jones will get a chance at the outset of the season to prove the team that snubbed him with the first overall pick wrong by humiliating them in their own building.

However, the games between Florida and Nashville (Oct. 15; Jan. 4) as well as between Tamp Bay (Dec. 19; Feb. 27) and Nashville will not be nearly as exciting. Sure, commentators will try to kindle a rivalry by mentioning that both the Panthers and Lightning decided against drafting Jones with the 2nd and 3rd overall picks respectively at the 2013 NHL Entry Draft, but that fact will probably only appeal to a commentator suffering from severe writer's block.

There's no way that the Oct. 15 showdown between Jones and Drouin will be nearly as intense as the contest between Jones and MacKinnon two weeks earlier. Indeed, the close proximity of these games will surely make the former eclipse the latter. By the time either team faces Jones and the Preds again, the draft controversy will be old news.

And we should hope, for Jones' sake, that it does become old news that quickly. It's bad enough that he was snubbed by the team with the highest draft pick; do we need to remind Jones that two other teams decided to pass on him as well? 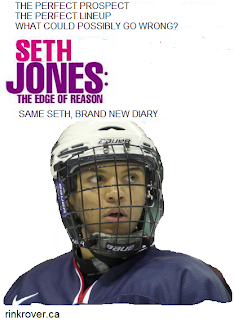 Of course, all this drama could be turned into a hit movie.

What you should do instead: Relive that time Pierre McGuire freaked out after the New York Islanders snubbed Zach Parise at the 2003 NHL Entry Draft.

There's a reason to skip this game that goes above and beyond the fact that these two teams have little going on between them in the way of a rivalry.

What will make these games unbearable to watch is the commentators who will try to stoke the dying embers of the Phil Kessel trade debate that has become irrelevant ever since the Boston Bruins traded the unkempt and under-performing forward Tyler Seguin to Dallas in the 2013 offseason.

Will the fact that this debate is absurdly outdated stop broadcasters and panelists from bringing it up during lulls in the game? Of course not--this trade has been laying golden eggs for years, and people who have already beaten this dead horse of a debate since the trade occurred in 2009 will whack the cadaverous issue at least one more time.

For Leafs fans, this will cause extensive damage as the ridiculousness of asking "Who won the Phil Kessel trade: Toronto or Dallas?" will cause Leafs Nation to throw their remotes at their TV screens simultaneously.

In Dallas, this issue will only cause confusion as people (whose malfunctioning TVs won't let them change the channel to something other than hockey) momentarily wonder what the hell a "Bruins" is. They will probably only know of Seguin because he will be frequently sighted partying with the itinerant groupies of that frequent sporting events in Texas.

What you should do instead: Celebrate the end of this tired debate by making a "Phil Kessel trade" themed costume for your community's next zombie walk.

I'm not including these games to deride the Jets. I happily jumped on the Jets bandwagon when Winnipeg was granted a second NHL team, and I still sincerely hope they do well (when they aren't playing against the Leafs).

This entry isn't about trashing the Jets but the NHL for keeping Winnipeg in the former Southeast division for two seasons. When future generations, who have survived our civilization's apocalyptic destruction, find evidence that Winnipeg once played in the Southeast division, they will wonder what catastrophic earthquake caused Winnipeg to float down the Mississippi River and end up in the southern US. 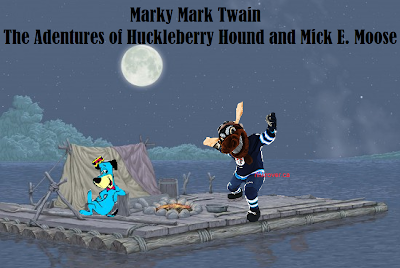 Attempts to reconstruct literary classics will result in travesties such as this one, which tries to explain how Winnipeg traveled down the Mississippi River.


The new realignment will only be successful if it erases all memory of that previous misalignment. Watching broadcasts that remind us of the former "rivalry" between the Jets and their former division-mates will only prevent that serene forgetfulness from happening. Instead of tuning into these games, watch the Jets battle the teams that should always have been their rivals (e.g. Edmonton and Calgary).

What you should do instead: Bury time capsules throughout your neighborhood in order to diminish the number of idiotic assumptions that our post-apocalyptic descendants will make about our civilization.

The only exception to this suggestion this year is the game between the Minnesota Wild and Boston Bruins at TD Garden. There's no better way for Bostonians to show their civic pride than to get wasted and watch the Bruins fight anything with a stick.

For the rest of you, you may as well schedule this as a day off from sports. Sacrificing one day to socialize can later be used to justify declining five other social engagements so that you can watch hockey obsessively.

The NHL is quick to tell us its most watched games but reluctant to state which matches were most ignored in a season. I think it's safe to say that few will turn up or tune in to see Phoenix--or, by that time, the Arizona if not Quebec City Coyotes play the LA Kings at Staples Center.

Other games held on that day might not matter because teams facing each other have already been eliminated from playoff contention. Based on the uncertainties surrounding how the team will react to its new coach and reinstated starting goaltender, it wouldn't completely surprise me if the Vancouver Canucks were eliminated when they played the Tampa Bay Lightning (always a favorite to miss the playoffs) at the Tampa Bay Times Forum that night.

What you should do instead: If you don't already know, then I'd suggest that you help rid a country of serpentine pests because you have clearly lost sight of the true meaning of St. Patrick's Day.

5. Ottawa Senators vs. Vancouver Canucks (March 2 at BC Place)

Okay, I was a bit mean to the Canucks in the previous section, so I'll pump the team's tires a bit here in order to establish the meaningless of this outdoor match up.

Ottawa and Vancouver are in the unenviable position of holding the last of next year's 6 outdoor games. The Winter Classic will be a huge event as always. Fans who generally don't care about the Anaheim Ducks or LA Kings will probably tune in to see the outdoor game at Dodgers Stadium next year (if only in hopes that the first outdoor hockey game in California turns into a complete debacle). 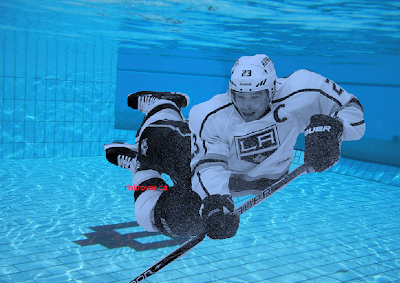 In contrast, rivalries will increase interest in the games at Yankee Stadium between the New Jersey Devils and New York Rangers (Jan. 26) and, later, the New York Islanders and the New York Rangers (Jan. 29). By the time the Pittsburgh Penguins play the Chicago Blackhawks at Soldier Field, fans will be a bit bored of outdoor games but may still watch to see if the the current cup champs can beat the perennial cup contenders.

By the time Ottawa and Vancouver play outside, the whole spectacle of the thing will seem a bit tired. There's not much of a history between these two that might reignite interest among non-fans of either franchise, and neither has made a serious run at the cup over the last two seasons.

What's worse is that the record between these clubs is rather lopsided. If Ottawa beats Vancouver, they will win only their 3rd match up against the Canucks over the last decade. It's going to be hard convincing crowds to gather for this event with a slogan like this: "Will the Canucks continue to dominate the Sens, or will the Sens prevail only to have their accomplishment written off as a byproduct of poor ice conditions?"

What you should do instead: Try to trick Green Peace and other activists into attending the game by describing it as a bunch of unelected Canadian politicians undertaking a whaling expedition in Vancouver.
Posted by Unknown at 21:21