After the Cup Rush: Commemorating the Departure of Daniel Alfredsson

If your smartphone suddenly exploded this morning due to a surge in elegiac tweets, you might be wondering what sort of disaster has caused such dismay in Ottawa today. While no geological or meteorological event has struck the city, its population has been devastated by another act of God.

Well, Alfredsson is god at least in the minds of Sens fans and the programming of Siri.

To commemorate what might be the worst thing ever to happen in the history of Ottawa sports, I've MS Painted some posters that reflect the various stages of grief that Sens fans will experience.

The news of Alfredsson's departure will be as hard to wade through as the Swamp of Sadness from The Neverending Story.

Sad Karlsson perfectly captures what hopelessly striving to undo what can't be undone is like: 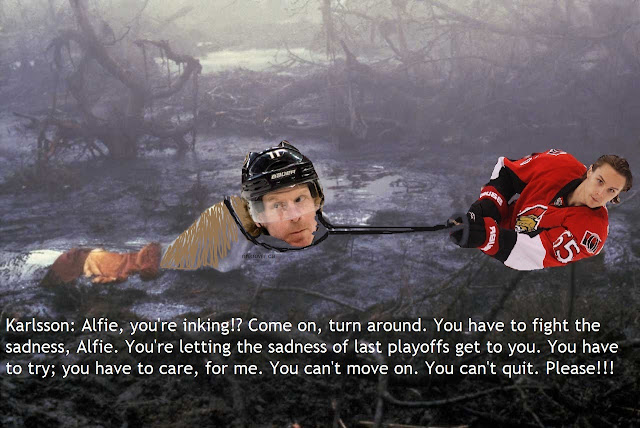 Once Sens fans can no longer deny what Alfredsson's done, they will likely lash out against their team's former captain. They'll probably begin thinking that Alfie's abandoned his fans and thrown his fans to the proverbial wolves or, as in this reimagining of The Lion King, thrown them to a stampede of wildebeest. 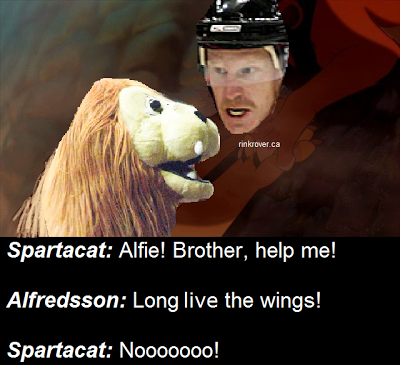 Once their anger dissipates, Sens fans will start blaming themselves. Maybe they should have spent less on the patio at Sir John A's pub last summer so that they could have seen more Sens games and helped to pay Alfie's salary. Maybe they should have purchased an additional Alfredsson jersey when the Sens released their throwback jerseys a couple of years ago. Perhaps showing a bit more support would have convinced Alfie to stay.

These feelings of guilt will be nothing compared to how Senators GM Bryan Murray will feel. His sleep will probably be haunted by ghosts reminiscent of those that reprimanded Ebenezer Scrooge in Charles Dickens' A Christmas Carol. Those spirits will remind Murray that the team's penurious plans for next season made them unlikely to contend for the cup. It's that unattainable cup, not a huge salary, that Alfredsson wanted as the theme for his swan song. 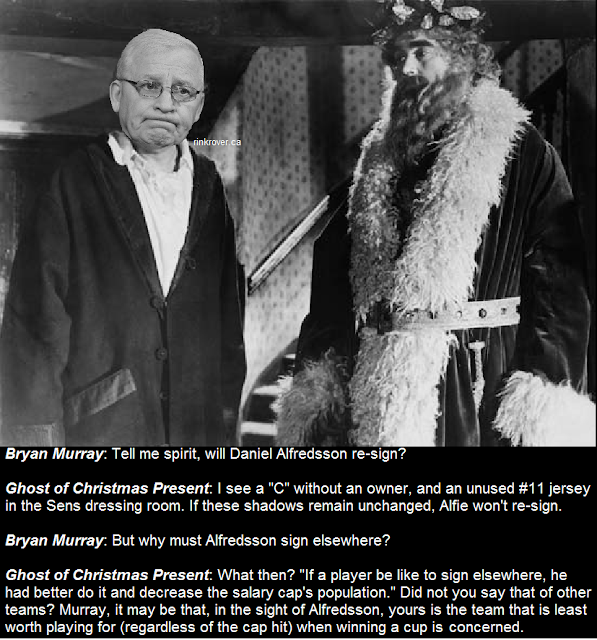 Guilt will lead to outlandish acts of mourning. Some will find the place where they felt happiest with Alfredsson and bury their #11 jerseys there. Upon revisiting the makeshift grave site, they'll try to make sense of the cruel and unpredictable nature of the universe.

It won't just be fans mourning Alfredsson's loss. Erik Karlsson will likely ponder the meaning of life by a similar empty tomb dedicated to Alfie. (Scene from Forrest Gump) 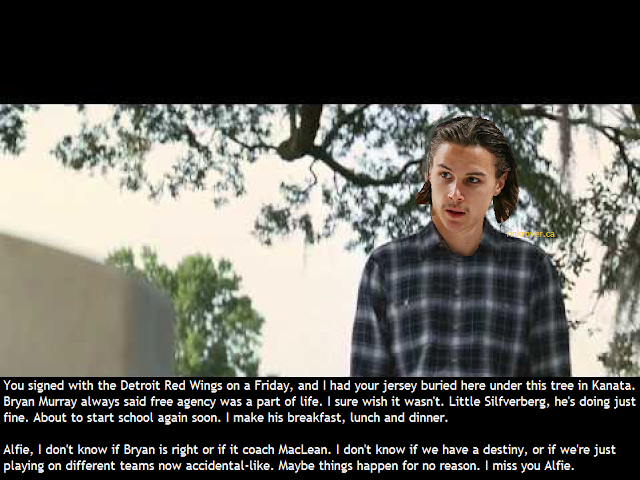 Eventually, Sens fans will accept that Alfredsson is gone in person, but he will never truly leave them. Alfredsson meant more to them than a guy who holds team records for most goals, assists, and games played. He embodied the team's spirit for a time, but upon his departure, that spirit disembodied itself to remain in Ottawa with the team. 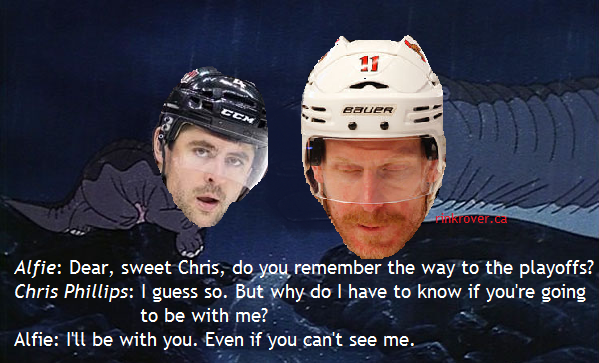 Even though #11 isn't with the Sens anymore, the memory of him will play on with the team long after his physical departure.

And, when Sens fans have finally stopped vandalizing the local Ikea for reminding them of what they've lost, they will happily raise Alfredsson's retired number in Canadian Tire Centre so that Alfie (as he appeared when his fans last knew him) can look on as future generations of Sens players follow in his skate strides.
Posted by Unknown at 15:00