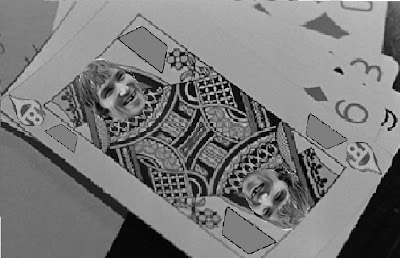 It's terrible that the Penguins had to start their first game without Captain Sidney Crosby, and I'm glad to hear that he's returning to the lineup tonight. Although it's unpopular to blame people when injuries to star players occur, I think that the management of the Penguins must bear the blame for the loss of Crosby. After reviewing this unofficial, leaked transcript from a psychological evaluation, you might agree that the franchise was forewarned that Crosby would be injured by teammate Brooks Orpik.

Dr. Mallard (Seating himself): How are you today, Brooks?

Dr. Mallard: Today we're going to do some word-association tests. Please relax, clear your mind, and say
the first thing that you think of when I say the following words. Do you understand?

Dr. Mallard pauses to writing something down.

Dr. Mallard frantically writes as many notes as possible before Orpik notices the long pause between words.

Brooks Orpik: Anything else?

Dr. Mallard: No, that will do. Please send in Coach Bylsma on your way out.

Dan Bylsma: So, do you know why he's having nightmares about killing his teammates?

Dr. Mallard: I'm only beginning to understand. I think his brain has been programmed to make some sort of             attack when he sees the shape of a trapezoid, but I need more time to determine what that attack  might be in order to uproot the implanted suggestion from his subconscious. Can you leave him with me for a few more days? I have prepared medical papers to put him on the IR.

Dan Bylsma: No we can't spare him tonight against the Islanders. You can examine him again later.

Dr. Mallard: Wait--if you look at Brooks' chart you'll see there appears to be a conspiracy--

Bylsma disregards Dr. Mallard and hurries out of the room.

Dr. Mallard (Calling after Bylsma): Damn it, Dan. His brain has not only been washed, as they say. It has been dry-cleaned!