When I devised my superstition of celebrating Leafs wins with Mill Street beers, I didn't consider the necessity of having an anti-team tradition that would hex the Leafs' playoff opponent. Since it's almost too late to intercede, we must scheme up something big that will obliterate the Bruins' ability to clinch the series.

When the Greeks failed to conquer Troy for years, they asked for help and learned that the Trojans had a talisman that protected the city. Once they stole that artifact, Troy was vulnerable to attack.

So what is the Bruins' talisman and how do we get at it?

Since teams probably don't invest their morale in mystical relics, we have to look at something that emanates Bruin pride. Someone who lends star power to the Bruins and strives to make their iconography ubiquitous.

We need to find the Vince Vaughn of Bruins fandom. 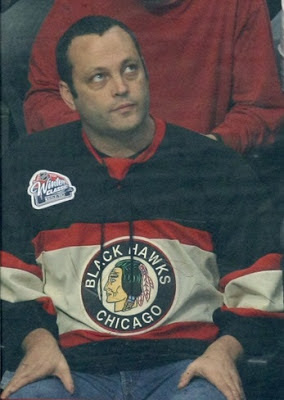 I've heard that Vince Vaughn came by his insomnia-ravaged visage honestly by forsaking sleep during the 1961-2010 Blackhawks Stanley Cup drought.

So who is the Bruins' Vince Vaughn? You guessed it: Ben Affleck.

Now here's the plan: we sully this prominent member of the Bruins' "sleuth" (i.e. birds form flocks, lions form prides, leaves form nations, and bears form sleuths) and we pie him in the face. Not with any old pie but a Boston cream pie so as to turn a source of Bruin pride and joy into a source of abject, sticky humiliation. Afterward, I project that morale across the Bruins sleuth will drop quicker than Marchand can dive.

In case you're doubtful of Affleck's importance to the Bruins, here's some concrete evidence: 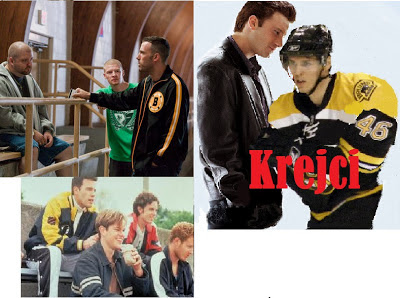 Affleck has toiled to raise the Bruins' profile in mainstream American culture since the 90s whereas the Leafs have only appeared in two movies: Encino Man (a Leafs pennant can be seen hanging in Dave's room) and The Love Guru (Ugh!). You can make the total three films if, like me, you've edited your copy of Wayne's World so that Wayne and Garth wear Leafs jerseys as they would have if the movie's execs had allowed the film to be set in Aurora, Ontario instead of the fictional Aurora, Illinois. 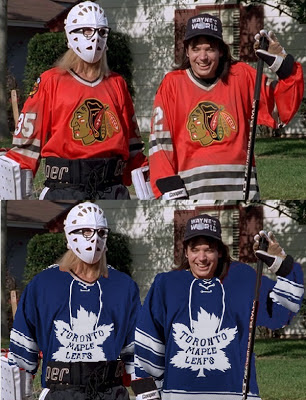 Ah, Wayne and Garth in blue and white--the way God intended them to be.

I'll further discuss the under-representation of the Leafs in mainstream movies in a later blog. (Please send me info on any movies that feature the Leafs or include memorabilia!)

Okay enough digressions, let me close by offering a visual recap of the plan:

P.S. I don't want to sound alarmist, but I have a feeling that if we don't do something to ensure the Bruins' defeat, then we might see this hallowed symbol of Canadian identity 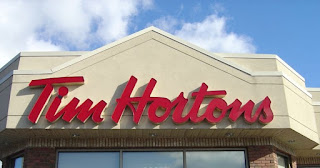 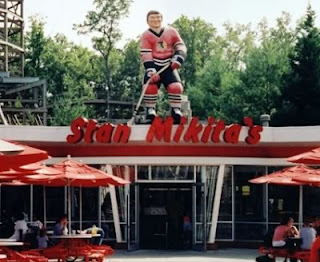 Yep, Wayne's World offered us a glimpse into a dystopian, post-Tim Horton's future.
Posted by Unknown at 15:50