Silver Screen Sens: 3 Cinematic Imaginings of the Senators a 2nd Round Appearance

Rather than offering you an argument on which team is likely to win tonight, I thought I'd MS Paint up some pics that capture the magnitude of winning tonight in each fanbase's imagination. Here's the pro-Sens post, which I will follow with the pro-Habs one. I think it's best to use movies featuring struggles of epic proportions to capture how this series has become a contest of good versus evil, liberty versus tyranny, and rationality versus hyperbole. 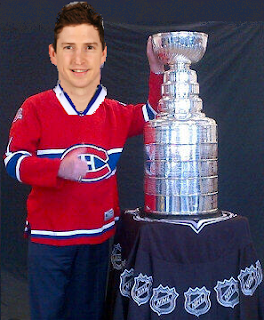 Colby Armstrong: Sweet, the Stanley Cup with no one around to protect it! While the Sens dress for the game tonight, I'll make off with this and bypass the whole playoffs thingy! 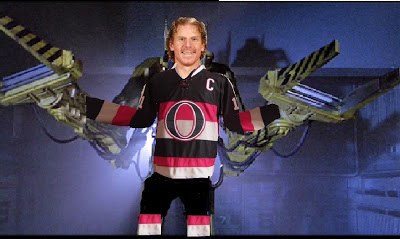 Enter Daniel Alfredsson, harnessed to a power loader from the movie Aliens.

Alfie: Get away from her, you bitch!

Luke Skykarlsson: Something's wrong with my navigation instruments. The Corsi and Fenwick are all messed up, and my WOWY metrics are offline: I'm not sure when, where, or how I should shoot.

Darth Eller (as his assault systems lock in on Luke Skykarlsson): I've got you now.

The sound of laser blasts and explosions as Darth Eller loses his wingers and his own craft is hit.

Luke Skykarlsson turns off his X-Wing's advanced-stat system and fires. 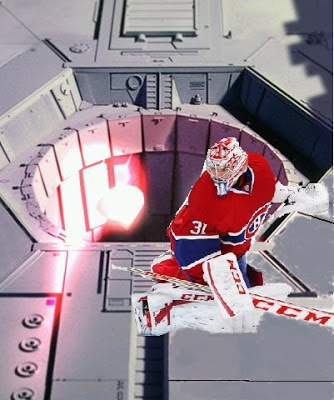 Denis Potvin (Voice Over on Sportsnet Sens): That's one Price would like to have back.

3. Lord of the Rink: The Return of the King

Carey Price tidies up the crease at Mount Doom after pre-game practice. 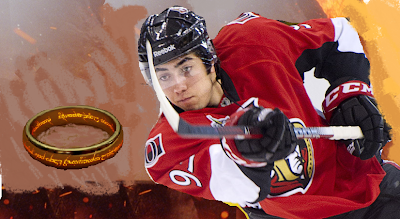 As the final battle unfolds, Mika Zibanejad gets a breakaway chance to put the ring of power away forever. 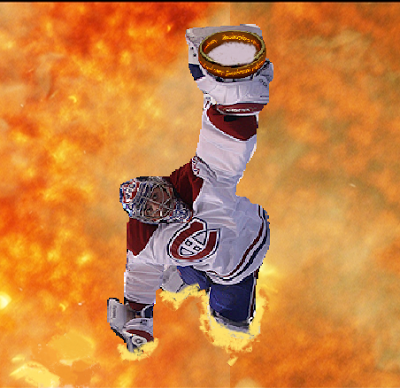 I guess it's win-win as Price sacrifices the body to make a tough save, and Zibanejad saves Middle-earth from Sauron's tyranny. Oh and with the Habs goalie wading in lava, the Sens easily clinch the series with a plethora of empty-net goals!
Posted by Unknown at 15:53