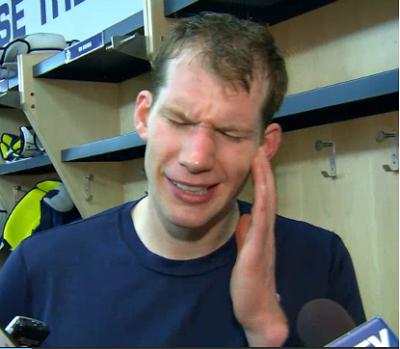 "I see the future and it is bleak."

Thanks to Ian (@twinspeed) for this fitting suggestion considering that the Leafs face elimination tonight! 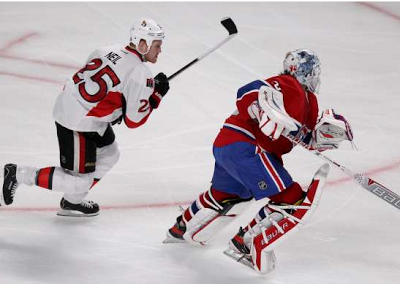 If you need inspiration for a comment, I'd recommend modifying quotes from movies or television series. For instance, I'd modify a quote from the hilarious "western" Young Guns II for the following picture. 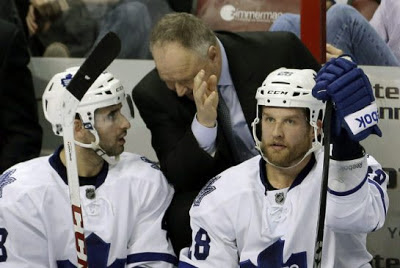 "Many nights, Nazem, many nights I've put a blade to your throat while you were sleeping. Now that you've scored that hat trick, I'm glad I never killed you."