Jones or MacKinnon: Who Should the Leafs draft first in 2013?

I'm improvising today's post because I had to scrap my original idea. I was going to update you all on my hate-hate relationship with the Mill Street Tankhouse in my fridge, but the Leafs were kind enough to win on Saturday and thereby rid me of that pale ale-tergeist.

However, I wasn't even watching the Leafs triumph. Instead, I was hiking around BC on a beautiful day trip. Having PVR'd the game, I watched it on Sunday. Unfortunately, this situation makes me worried about tonight: if the Leafs lose, does that mean I'm a jinx who can't be allowed to watch games live anymore? Or, even worse, is my very proximity to the Leafs a problem? If so, MLSE might have to set me up somewhere in the mountains until the Leafs win the cup. 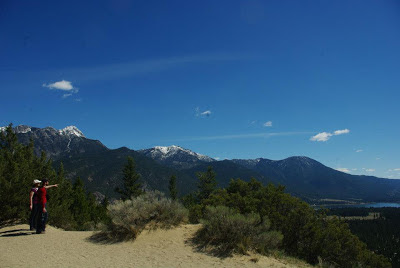 Yep, sometimes you just have to make personal sacrifices for your team.

Anyway, I'm going to keep the superstition theme going and discuss the 2013 draft. Now the Leafs have many defencemen among their prospects, so it might seem logical for them to draft MacKinnon with the first overall pick and take Jones with a later pick in the first round.

Oh, before I get too far with my breakdown of the draft, I should probably mention that I'm working under the assumption that every other NHL team will forgo this "cursed draft" (and all the bad luck that will surely come with dressing a team's future players in the number 13) this June. After all, even the least superstitious person in the world would surely feel anxious about being in a room with hundreds of kids wearing jerseys emblazoned with the number 13. This draft class might as well be called the "Children of the Damned" (after that awful sequel to the 1960 version of Village of the Damned). 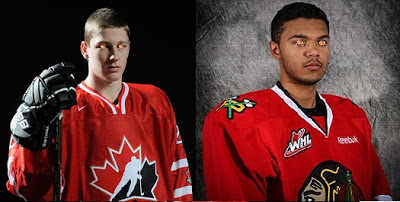 Given that they're equally capable of dominating you mentally and manipulating your will as though it were mere Gak (remember Gak!?!?), how can you choose between the top picks in the Draft of the Damned?

Actually, the draft class should be considered cursed for everyone except the Leafs, who will refer to the event simply as the Sundin draft. Since Sundin had a Hall-of-Fame career wearing #13, the Leafs have nothing to fear from this draft.

Now I'm not saying that they should show up to the Prudential Center in Newark on draft day in a car upholstered in black-cat pelts and fitted with numerous broken mirrors. The Leafs should still be a bit wary of the draft and make all of their picks wear Sundin jerseys so as to eschew any curses.Whatever cosmic force implementing misfortune stemming from the cursed number will then be confused at the apparent first annual meeting of New Jersey's Sundin Society. If (as with my upcoming, extended mountain vacation care of Tim Leiweke) that's what it takes to protect the Leafs' newest 200+ prospects, then it's worth it.

In fact, if I MLSE airs their behind-the-draft special again, I'd recommend that they superimpose Sundin's face over everyone involved in deference to superstition. Showing their own faces at the event might be considered a form of taunting--even daring the curse to afflict a team that's had enough misfortune over the last 4-going-on-5 decades.

Actually, this curse-aversion tactic makes me think that this alternate title and mock-up of a poster for the draft would be more fitting: 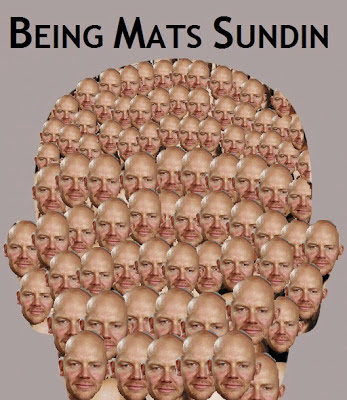