Rather than asking people to wade through the Trade Deadline live blog, I've posted the fire-ship blog as a separate entry. Enjoy!


I think it's time to distinguish between a fire sale and a fire ship. A fire sale, of course, involves a foundering team unloading assets for picks and prospects that will aid a rebuild. A fire ship, however, refers to a military tactic in which one opponent sends flaming boats loaded with explosives toward its enemy's fleet.  In trade terms, a fire ship involves a team sending a bad contract to an opponent in the guise of a fire sale (Jay Bouwmeester, anyone?). The foundering team thereby strengthens itself not only by unloading an expensive roster player and accumulating assets for the future, but by also hampering the future success of its rivals. 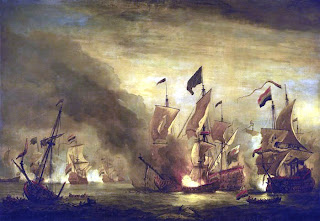