Last weekend, I learned that it is VERY difficult to get a hashtag game going. Nevertheless, I did have some fun and great contributions from my awesome friend Ian.

In case you missed it, here are the various ways in which Edmonton's players have been #spOilers. Their reign of terror began a long time ago, in a galaxy far far away, and culminated in endangering the Wild's playoff hopes (with a 6-1 beatdown last Friday) and sending the #Canucks to the playoffs with an unhealthy injection of self-doubt after losing to Edmonton last Saturday (7-2 including 5 goals in 3 minutes!)

I'd love to hear which of the following is your favorite #spOilers tweet. Please feel free to offer your own!

1. I'm TRYING to enjoy an episode of Oil Change, but the Oilers have already leaked how the series ends: failing to make the playoffs yet again. #spOilers

2. I've never seen an Oiler put the cap back on a marker. #spOilers

3. 11 friends and I once robbed a casino; an Oiler told the owner, so we ended up having to make  #Oceans12 to repay the casino #spOilers

4. I heard that an Oiler turned off the unicorns' alarm clocks on flood day #spOilers #ArkNemesis

5. I almost won the Nobel Prize for Literature, but an Oiler pointed out that my novel was derivative of R.L. Stine #spOilers 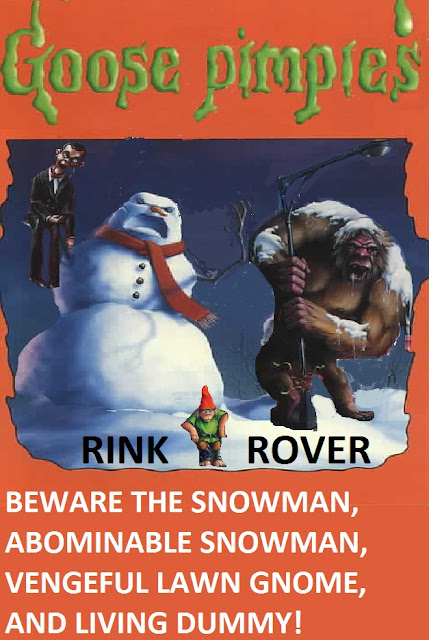 So Quentin Tarantino is the only one allowed to receive critical acclaim for writing postmodern homages?

6. I've heard that dinosaur supervisor for Jurassic Park (Phil Tippett) was once an Oiler. #YouHadOneJob #spOilers

7. I used to get away with muttering things under my breath until an Oiler added subtitles. #spOilers

8. You help an old lady across the street and an Oiler one-ups you by restoring her youth and independence.  #spOilers

9. I once overheard an Oiler mansplaining to Tina Turner that Ike's behaviour was her fault. #spOilers

10. I almost skipped ahead in line at the movies, but Jordan Eberle noticed. He didn't, however, rat on me: he full on beat me up. #spOilers 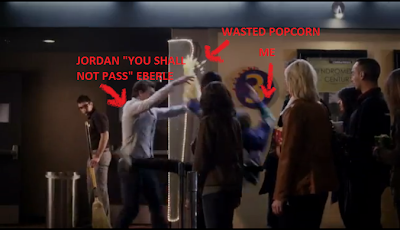 I'm sorry Jordan, but is it a crime to see a movie in a Canucks jersey? I guess you've lost sight of the fine line between competitiveness and virulent hatred.

11. I've had to wait in line at Safeway for hours because an Oiler insisted that each of his items must be bagged separately. #spOilers

12. An Oiler knew Jocasta was Oedipus' mother; not only did he withhold that info, but he was also Oedipus' best man at the wedding. #spOilers

13. I had trouble taping a hockey stick, so Jordan Eberle did it for me. Now I'm a failure in life because I never learned how to deal with adversity. #spOilers

14. Nug-Ho knew the Rebel Alliance was headed for a trap, but he let the fleet be deployed anyway. #spOilers #ReturnoftheJedi

15. Edmonton's 7-2 win over the #Canucks last Saturday has given Oilers fans hope for next season, and we all know how THAT will go. #spOilers Akbar: Do you want the empire to win, or do you find it funny to watch your friends get zapped to death?

Nug-Ho (Not paying attention): Craig MacTavish should rebuild the Oilers like the empire did the second death star. We can hold training camp in the Ewok village and use speeder bikes instead of skates!