If I were Randy Carlyle....Redecorating the Leafs locker Room Part II

If I had Carlyle's authority to redesign the team's backstage and on-ice image, I'd probably try to outdo all the teams that enter the ice through arches (e.g. Predators, Sharks, Oilers) by arranging for my starting lineup to take the ice inside a large wooden horse and then burst out from it and skate about menacingly.

On top of that, I'd incorporate more war-related references into the Leafs dressing room, which already has one military maxim ("Burn the Boats") emblazoned on the wall.  These modified World-War era propaganda posters are other militaria that I'd use to decorate the backstage areas of the ACC. 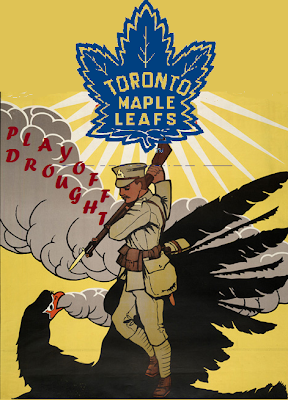 It's time to die--black bird of playoff drought (?). Okay, I'll level with you: I was originally going to go for the obvious here and have the black bird represent the Blackhawks. However, something seemed wrong about having a Canadian soldier bayoneting something with the likeness of a First Nations person on it. 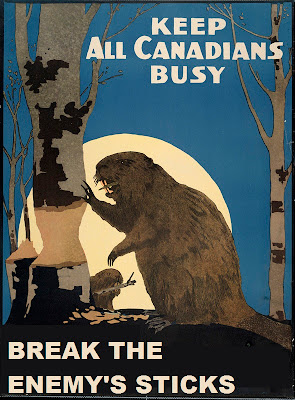 This poster equates gamesmanship with improving Canada's economy. Hey, if you're going to win underhandedly, you might as well do it in a way that creates jobs! 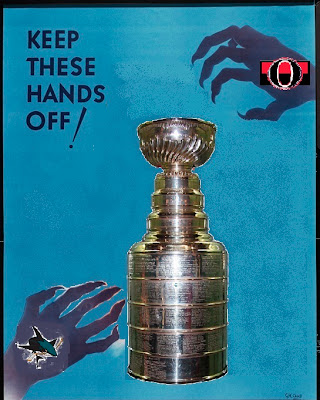 The Leafs' last championship in 1967 was (as Ottawa fans love to remind us at Scotiabank Place) a long time ago, so it's helpful for team morale to remind the current Leafs that some teams have never won. As depressing as it is that the Leafs haven't had a single post moon-landing championship yet, the players shouldn't just swallow drought-related insults from the league's eleven cup-less teams. 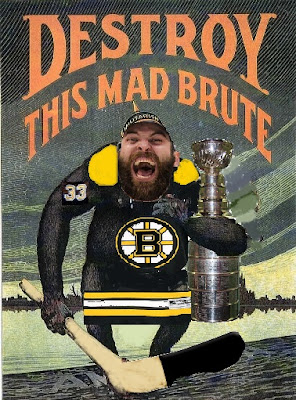 I don't personally have anything against Chara, but the Leafs need to get riled up before playing the team that's owned them in a worse way than Harold Ballard did in the 80s. I tried and failed to put a Bruins "Stanley Cup champions" hat on Chara's head. Maybe the German Pickelhaube helmet from the original poster works better: it could mobilize Leafs to defeat the Bruins by reminding them that they're named after the Maple Leaf Regiment from World War I. 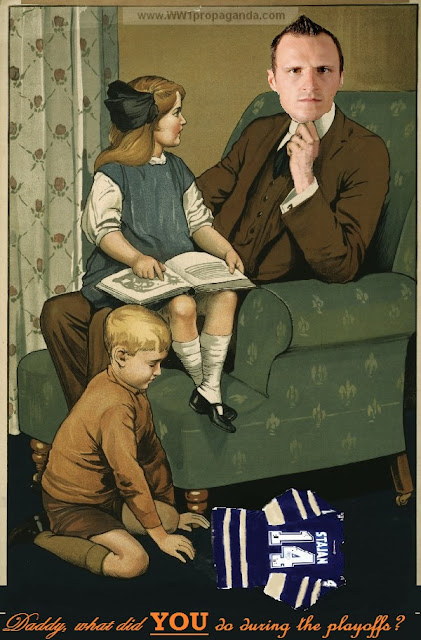 What better way to shame Phaneuf into playing his heart out in the playoffs than to give him a glimpse into a future in which his daughter can't find his name in the annuls of hockey legends, and his son cherishes a signed Matt Stajan jersey. Oh, and it looks like his chair of woe is adorned with Quebec Nordiques logos. The horror . . . the horror.
Posted by Unknown at 14:35